What kind of fearsome food fight could draw in Baseball great Joe DiMaggio? A fight over chowder! It all started with a Maine lawmaker who adored his beloved steamy, creamy, dreamy clam chowder. News that Manhattanites were plunking tomatoes into the chowder pot, had Representative Cleveland Sleeper seeing red! Not his favorite soup! So he proposed a bill to make it a crime to add tomatoes to clam chowder. New Yorkers were offended! A war of words raged, until finally a duel of chefs settled the matter once and for all. The story behind the great chowder cook-off of 1939 is told by author Anna Crowley Redding with gusto, humor, and, of course, good taste. Islandport Press, October 2020.

Kirkus calls Chowder Rules! “A lighthearted look at the art and soul of a recipe.”

“This lighthearted look at local politics, cooking, and loyalty to tradition shows how, in a simpler time, showmanship, economics, and politics merged.” – Kirkus 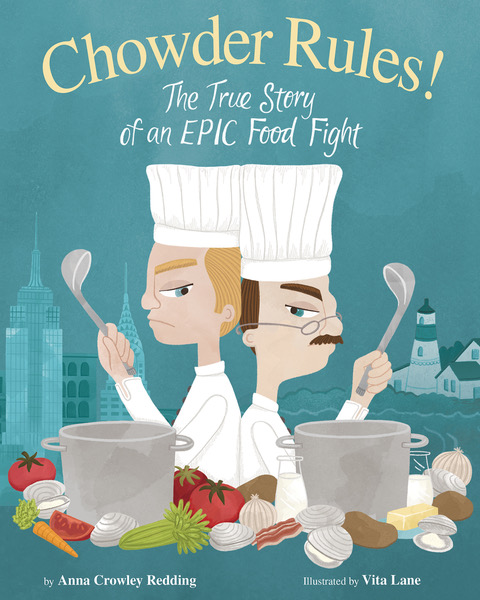