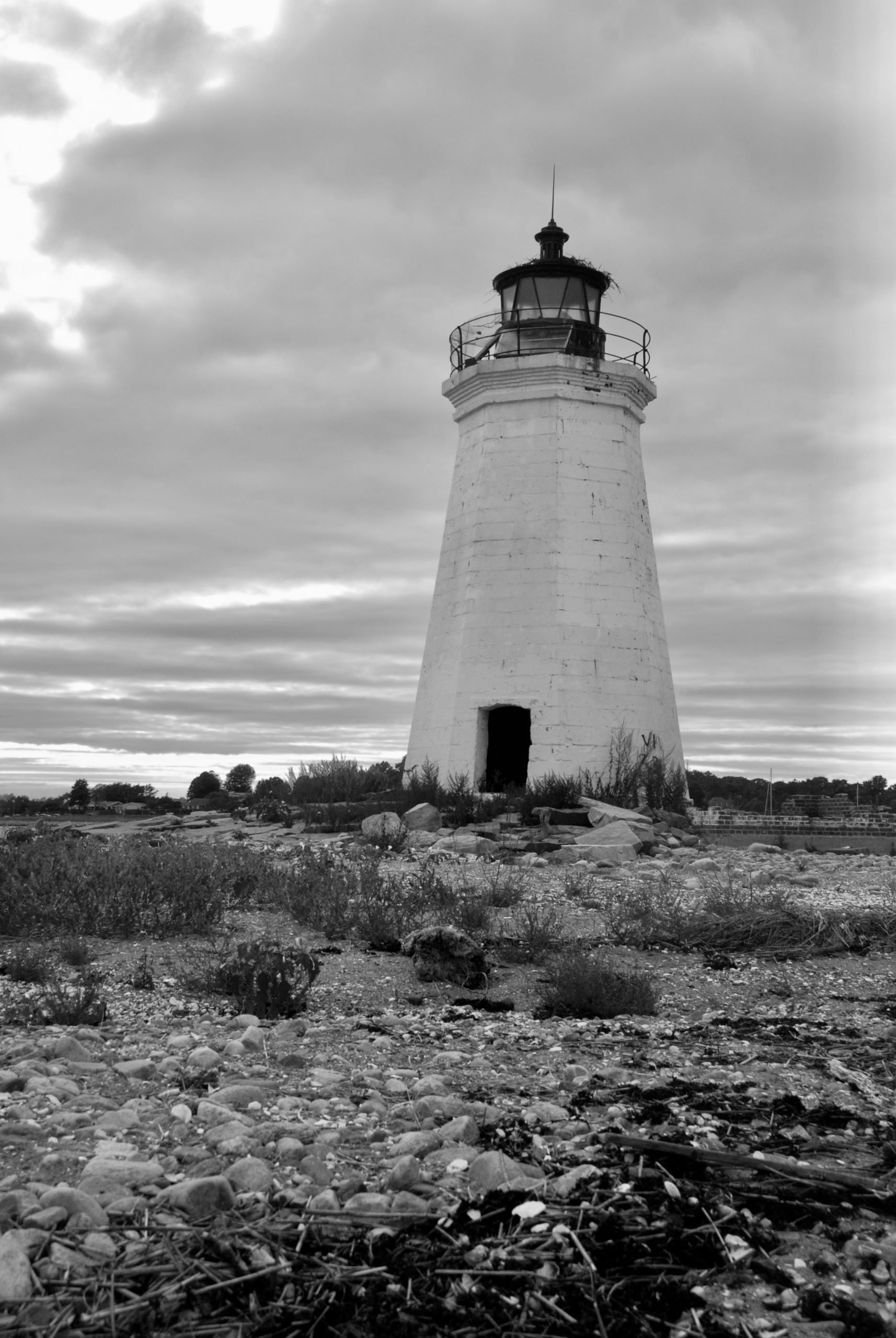 It happened in the middle of the night. Around 3am. I couldn’t sleep and turned to my phone to read news headlines. I spent years as a reporter and one of your primary responsibilities is to read as much as possible as often as possible. And what can I say? Old habits die hard. 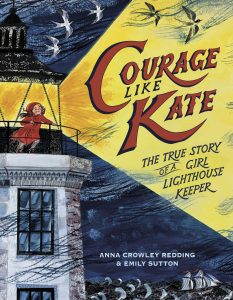 But it was in that middle-of-the-night moment that I spotted a story I couldn’t believe. It was an Associated Press headline about a new U.S. Coast Guard ship naming. They chose to honor a little known hero named Kathleen Andre Moore. That’s her full name but she preferred to go by Kate.

Her story went like this. She lived in the 1800’s – a terrible time for women – and her father was the lighthouse keeper. He had been a mariner but a fall from atop a load of hay left him with severe injuries. The lighthouse job was a no brainer… until those long ago injuries began to take their toll. Someone had to takeover.

Kate had the courage. She quickly traded in her skirt for a pair of pants and got to work despite the danger, despite the terror, despite having to risk her life again and again night after night year after year. 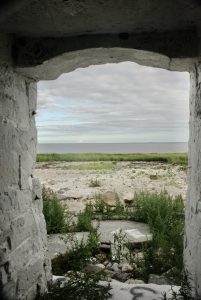 I had chills and tears in my eyes.

I knew I wanted to write her story. I wondered. If I had known when I was a little girl that a TWELVE year old was capable of such bravery, what might I have imagined for myself? I knew I wanted our younger girls to know about Kate!

I read news articles written about her at the time, her interviews were extraordinary. She talked about sleet stinging her face and she held her lantern out walking on two boards out to the light. She often spent entire nights in the lantern room, re-kindling the flame after every gust of wind blew it out. Even on the best of nights, she traveled to the tower to pour more oil into the lanterns every four hours.

I found an 1872 map of Fayerweather island and spotted the very boards she was talking about. 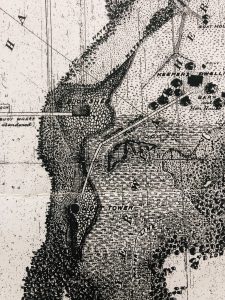 Then I traveled to Bridgeport, only a few miles from Kate’s light and read her lighthouse log. 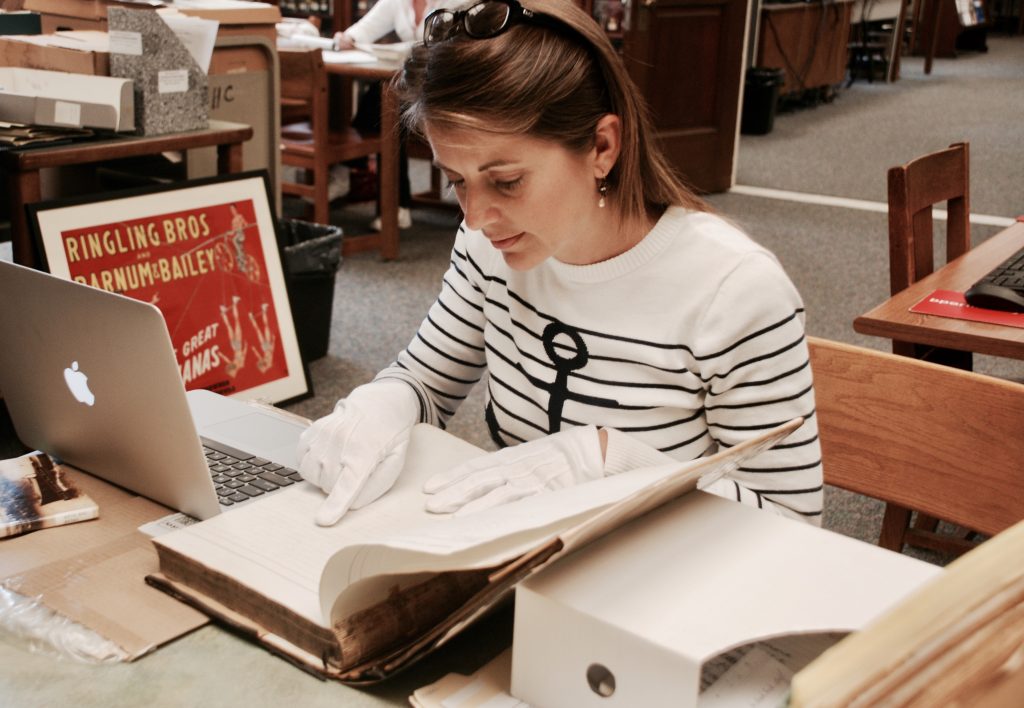 I met with local community leaders who work tirelessly to keep her light in good shape and keep her legacy alive. The Black Rock Community Council was an invaluable resource throughout the project. They supplied images of the keeper’s house, knowledge of important details and where to find more information. 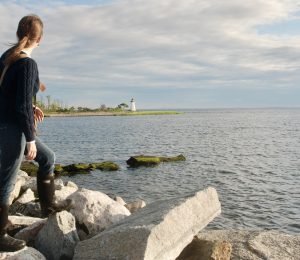 Then I climbed the rocky breakwater to get to Kate’s island and see her light for myself.

Looking at the marsh between where the Keeper’s house once stood and her lighthouse, I could imagine the winter flooding and how extreme the danger truly was. I could imagine what it must have been like to climb icy rocks and push your boat out into the blackest night water. 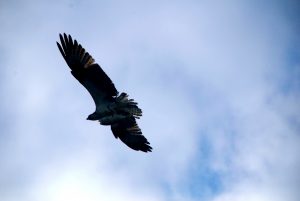 As I explored, osprey flew overhead with their daily catch clutched in crushing talons. It helped me imagine the sights and sounds of Kate’s daily life. I marveled at trees that descended from those she planted to stop erosion.

And as I dug into the details and scoured every pieces of paper from census records, to newspaper articles, to her last will and testament, genealogy records, congressional lighthouse records, maps, photos, paintings, journal entries, ANYTHING I could find… I realized that years after she told reporters she’d saved 21 lives… she rescued two more. that brought the known total of lives saved to 23. I was floored. 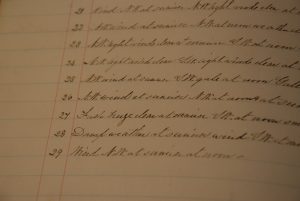 And what was so striking is that while Kate was doing her dad’s job, the checks were made out to him. Only after he died in his late nineties, after Kate had been doing his job for nearly FIFTY years… only then did she become the official lighthouse keeper at age 59. Unbelievable. 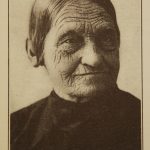 Kate Moore at the end of her life

What came through loud and clear more than a hundred and twenty years after Kate’s death was that she was dedicated to her community like no one else. And that dedication continues today.

She still has something to say… to all of us about courage, how to find our own and how to show up for our community.

Courage Like Kate is on sale now. Our book is illustrated by the super talented Emily Sutton. I hope you’ll buy a copy for every girl you know so they can imagine their own incredible possibilities.