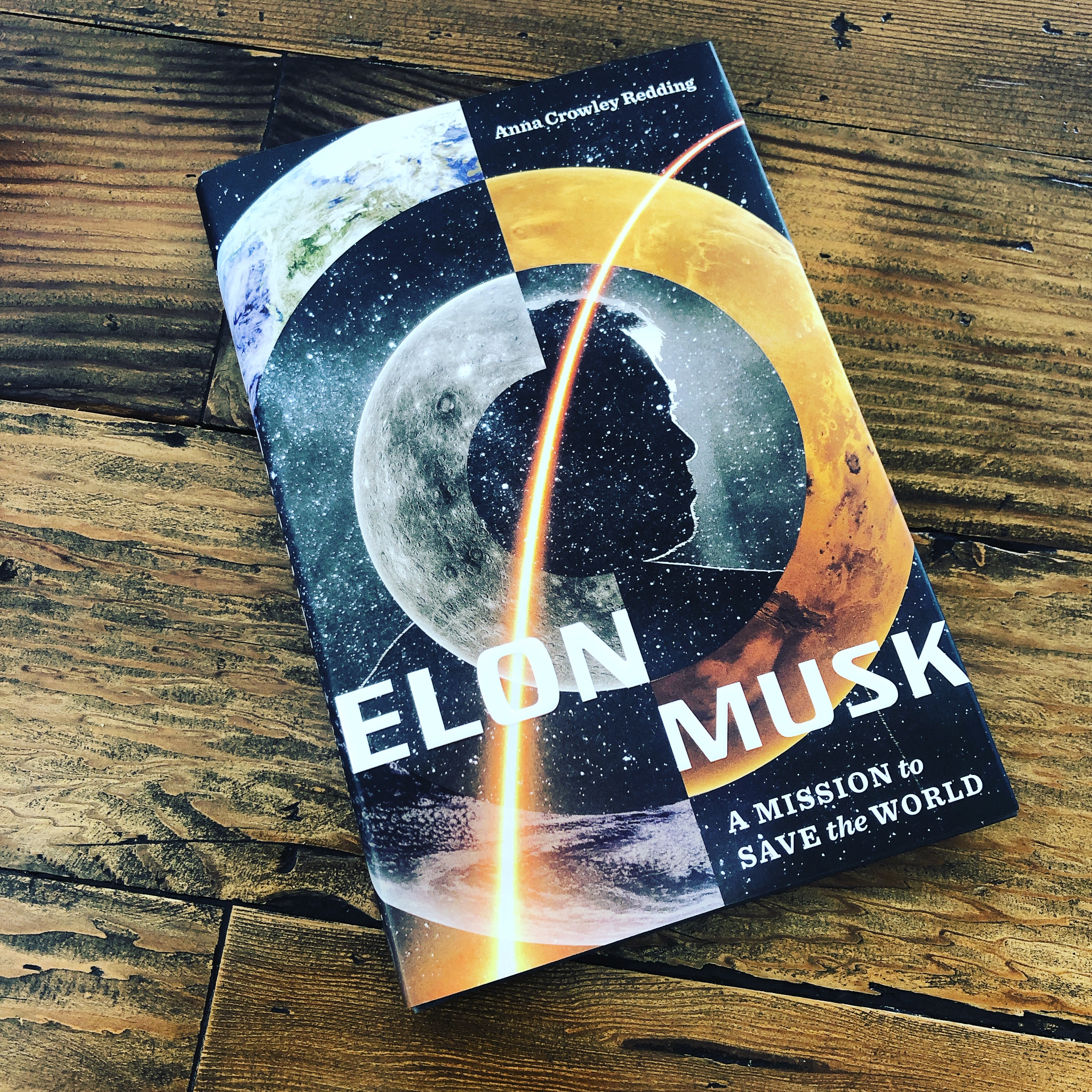 It must have been horrific. Elon Musk was just a kid, but every school day was a nightmare. As he’s described it, bullies hunted him down. They were verbally, physically, and psychologically abusive. Eventually they beat him so badly, Elon woke up in a hospital. And his home life was no picnic either. While Elon has never divulged exactly what happened between he and his father, Elon’s used words like ‘evil’ to describe it.

As I worked on this book, I often thought about this part of Elon’s story and specifically the time he was kicked down a flight of stairs by his tormentors. It stands out as a critical moment because . . . there at the bottom of the stairs, he had a choice to make. Change? Give in? Give up?

Elon turned to books, knowledge, facts, and heroic stories that centered on making life better not just for yourself, but for all of humanity. It wasn’t just a stack of books to pass the time. By the fifth grade, he had read his way through the entire library at school and the one in his neighborhood. Seated in the back of bookstores and comic book stores, he devoured the stories, the themes, the science. And he remembered it. All of it. Fueling his curiosity, books built a foundation for his thinking, for the arsenal of technical information that would come in handy when he later decided to participate in shaping that once new technology called the Internet. It would set the stage for disrupting the auto industry and creating a demand for electric cars. It would make him capable of starting a rocket company from scratch.

But it also would help him weather all of the other times life would knock him down. I hope as teenagers read Elon’s story, what motivates him, and how he thinks . . . I hope this book helps readers shape the steps on their own path, their own way forward… which for some, will lead them out of equally horrific circumstances.

STEM isn’t just about learning math, science, engineering, and technology . . . it’s also learning how to endure failure, how to take risks, how to develop and test ideas. And what to do when your only choices seem to be: Change? Give in? Give up? Because, really, Elon’s story shows another choice, the one he made… get back up and keep going, no matter what.

It’s not that Elon is without flaws. Like all human beings, he has flaws.  His fame puts them on public display. The criticism is well publicized. But when tossed down a flight of stairs (literally or figuratively), he doesn’t give up. Ever.

I hope every teen who reads this book is inspired to do the same!

P.S. Want to keep in touch? Sign up for my newsletter for sneak peeks of new books, give aways, and other shenanigans! Sign up is in the upper right hand corner of this blog.