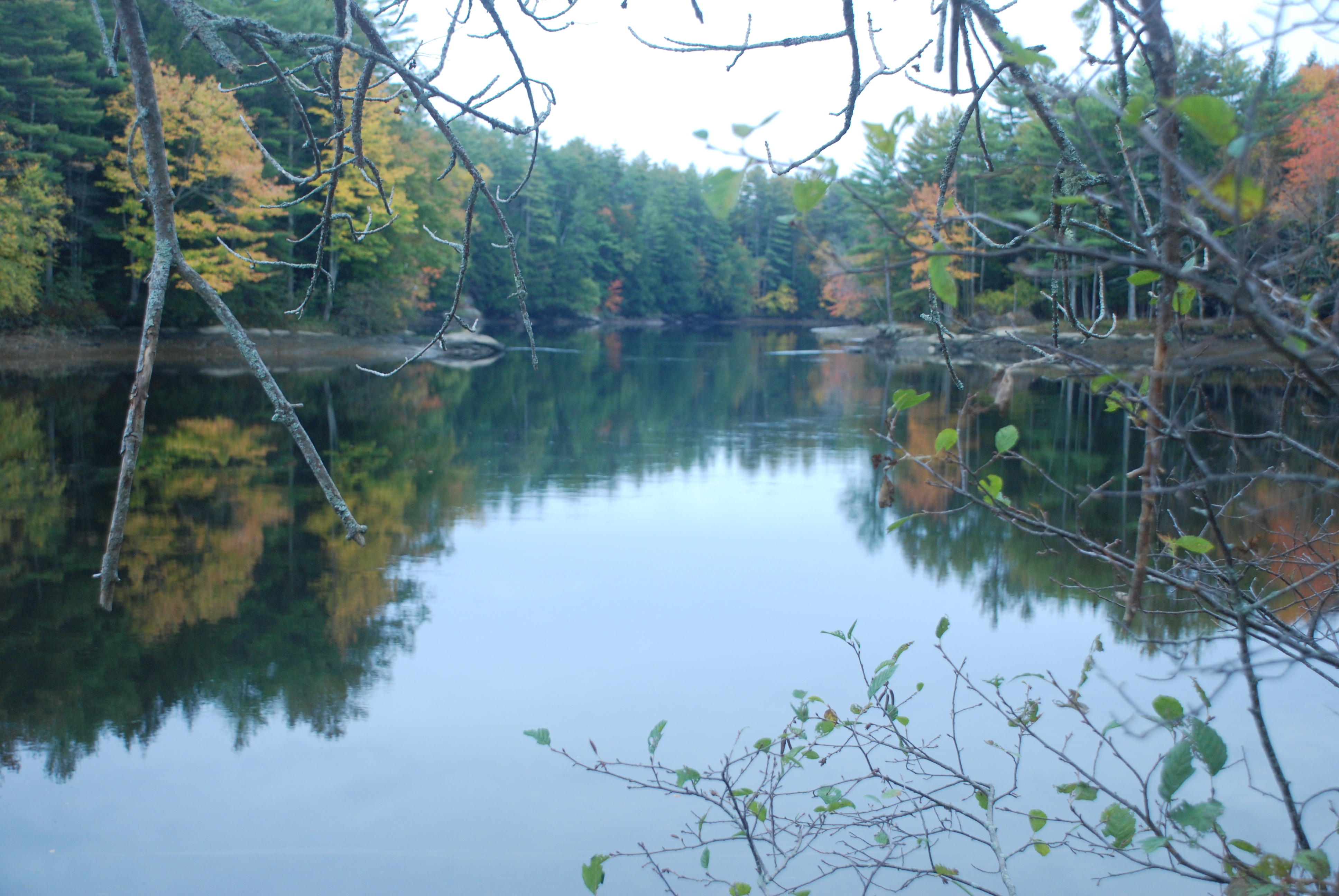 Swan Island, Maine (Not to be confused with Swan‘s Island, Maine) – When our boat left the banks of Richmond, Maine, crossed the Kennebec River, and docked on Swan Island, I had no idea that we’d just traveled back in time to the 18th century.

But when we took the island’s only road up the hill, there was no question. 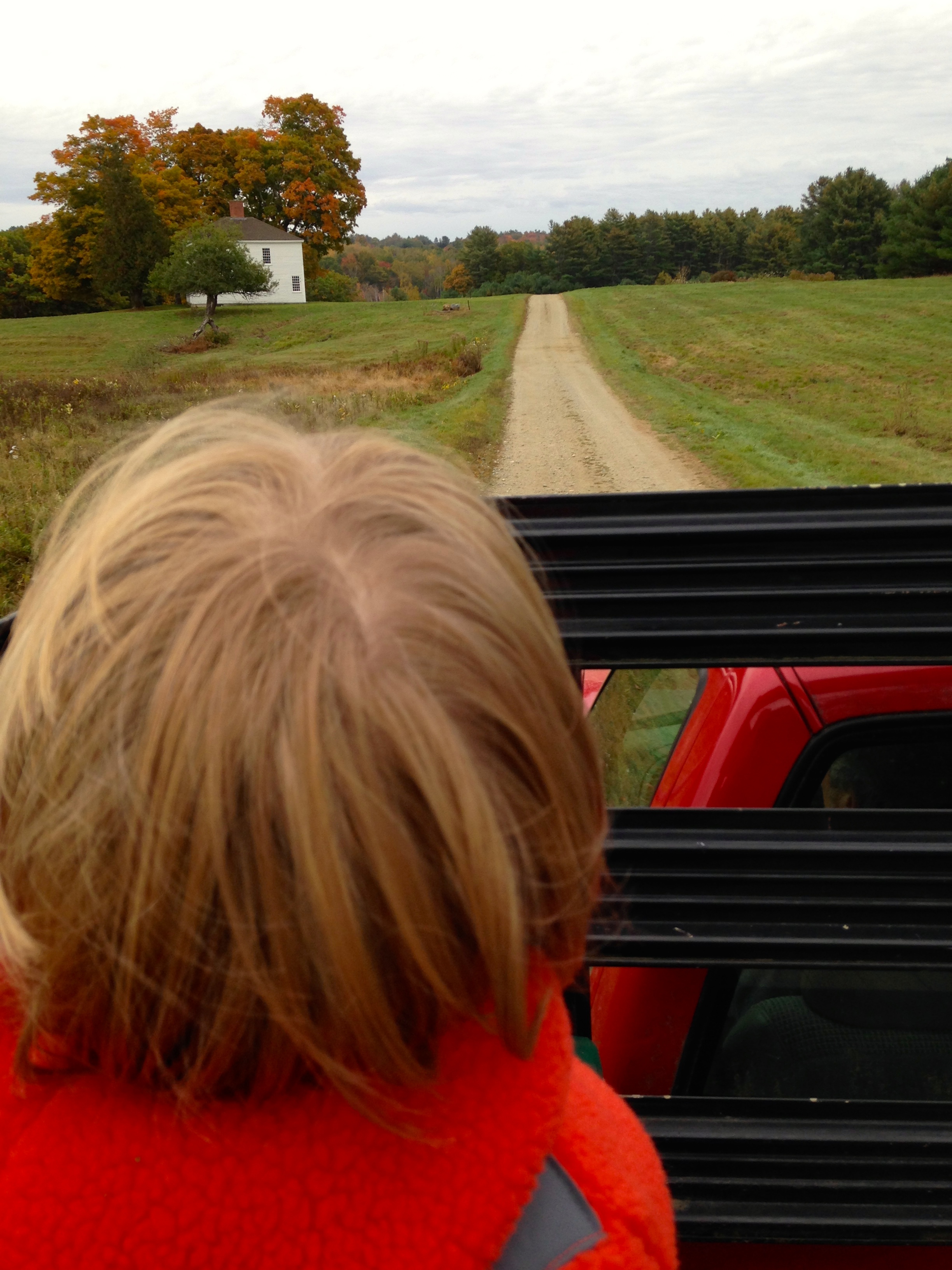 Swan Island, Maine is home to an abandoned town. 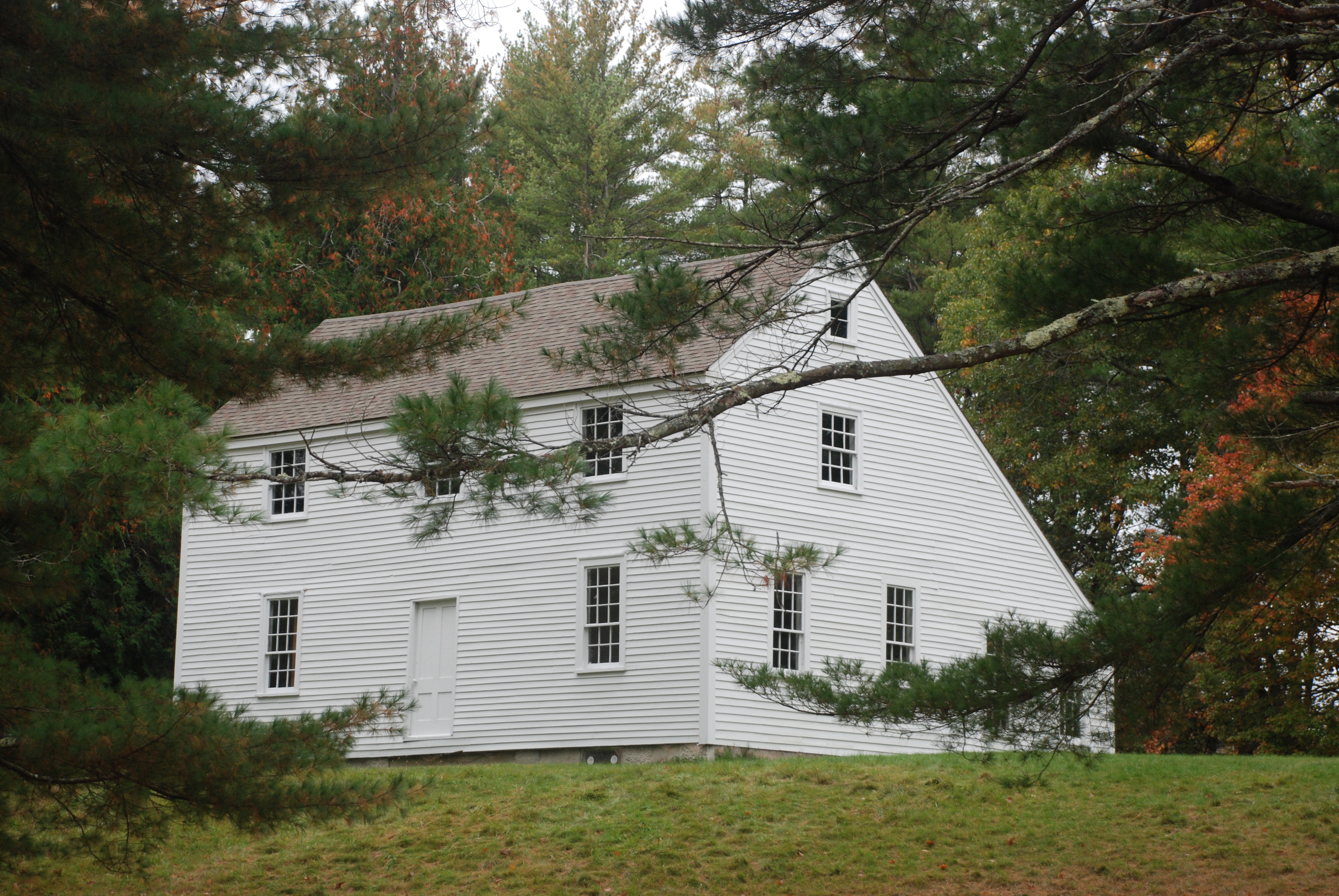 Five period houses remain, punctuating a landscape that includes evergreen forests rich with the scent of balsam, river banks where Sweet Fern wafts in the fall air, and vast fields full of deer, turkey, and grouse. 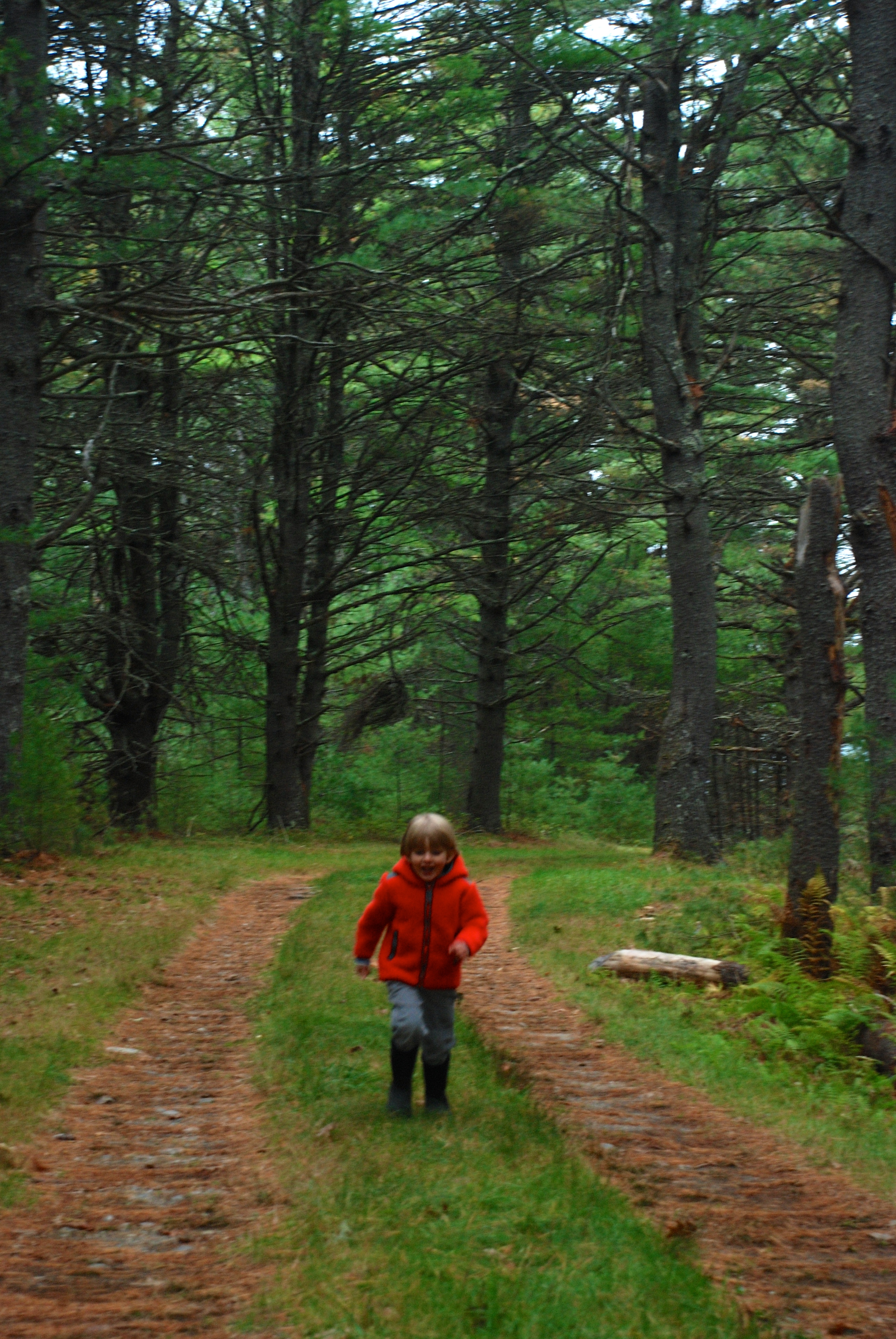 When you walk the many trails, you are following in the footsteps of Captain John Smith, who traveled to the island in 1614 to the meet with the Kennebec tribe of Native Americans. Colonists settled the land in the next century during the height of the French and Indian War.

In fact the island’s most famous resident, 13-month-old Fanny Noble, was kidnapped by attacking natives, taken to Canada, and sold to a loving French couple who had just lost a child of their own. Twelve years later, government officials arrived in Canada to take Fanny back  to Swan Island. Distraught to leave the family who raised her, Fanny begrudgingly left Montreal and returned home.

The residents sold off their land to the state. And today Swan Island is a wildlife refuge, maintained by the Maine Department of Island Fisheries and Wildlife. 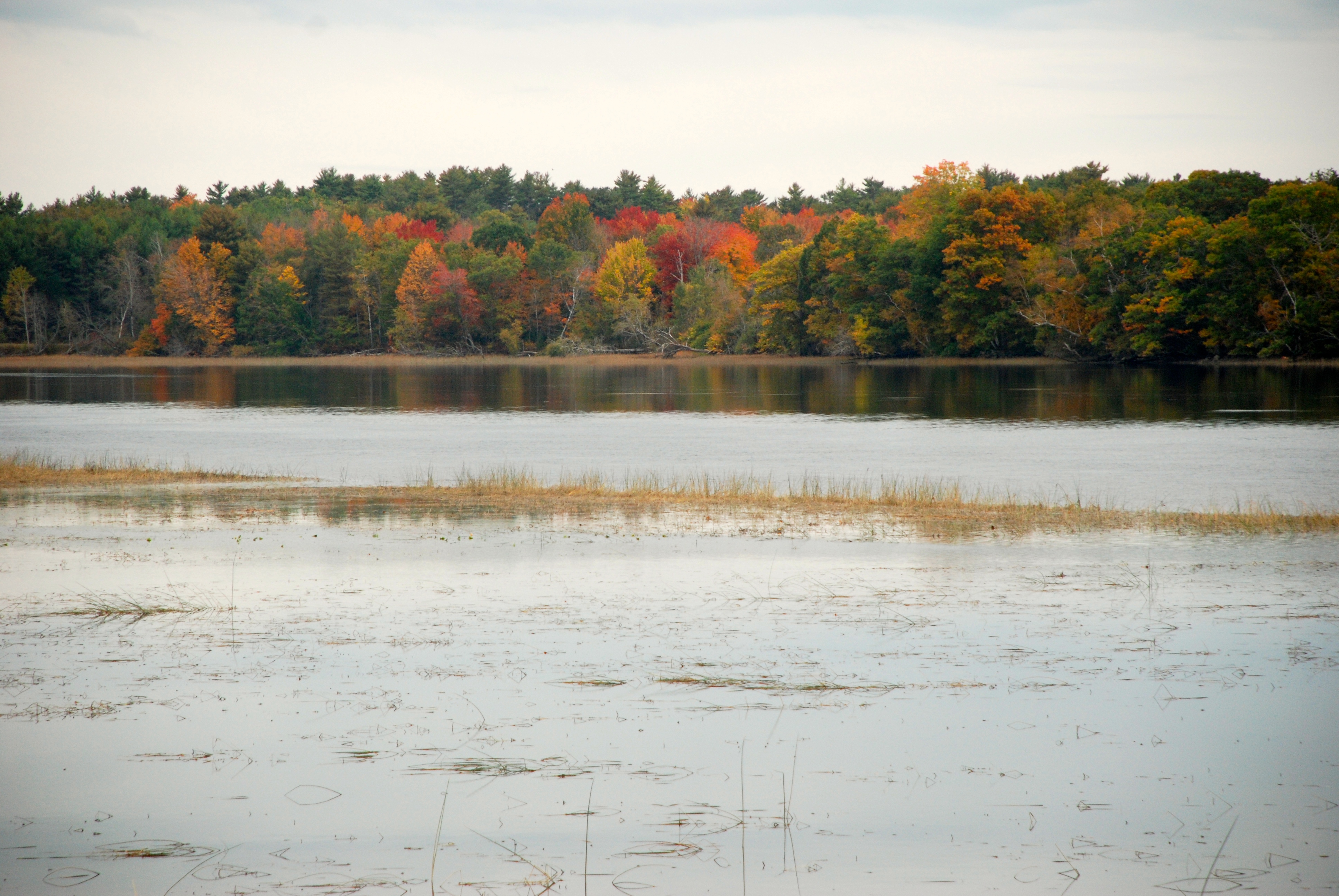 And the island is open to the public.  I have to admit I sort of wondered about the wisdom of going to an uninhabited  island with my boys (ages 2 and 5). Would they get bored? Would I? What would we do?

Um… it was incredible.

The island’s expert and caretaker met us at the dock, ferried us across the river, and loaded us into the back of a modified pick up truck for a tour. We were the ONLY people on 1755-acre island.

Not only did we discover a bald eagle’s nest, but we witnessed three of these majestic birds take flight, fish, and perch in the high branches of evergreens. 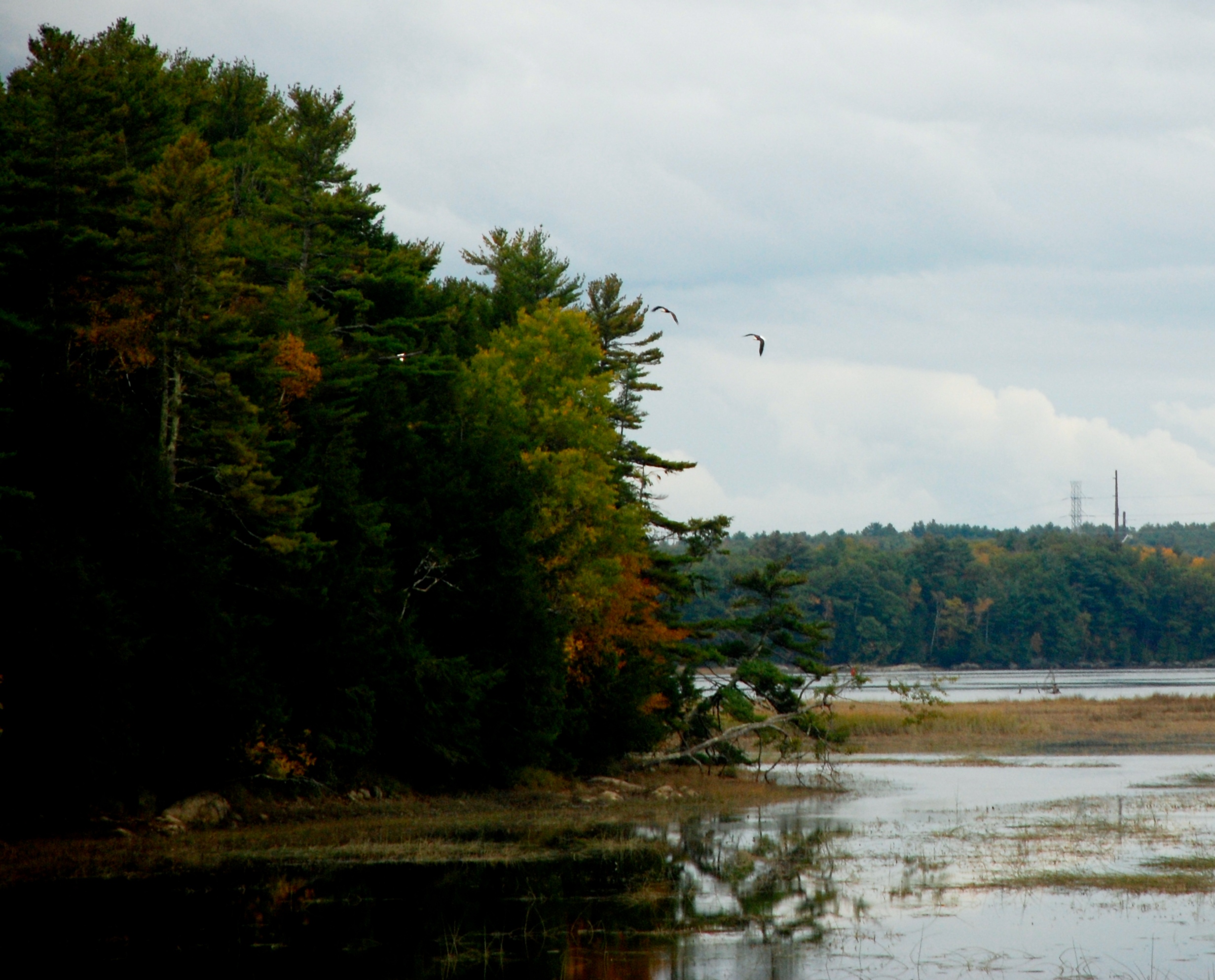 Then our expert, Dennis, took us mushroom hunting. We found Chicken of the Woods, learned how to harvest them (and cooked the fungi later at home!) 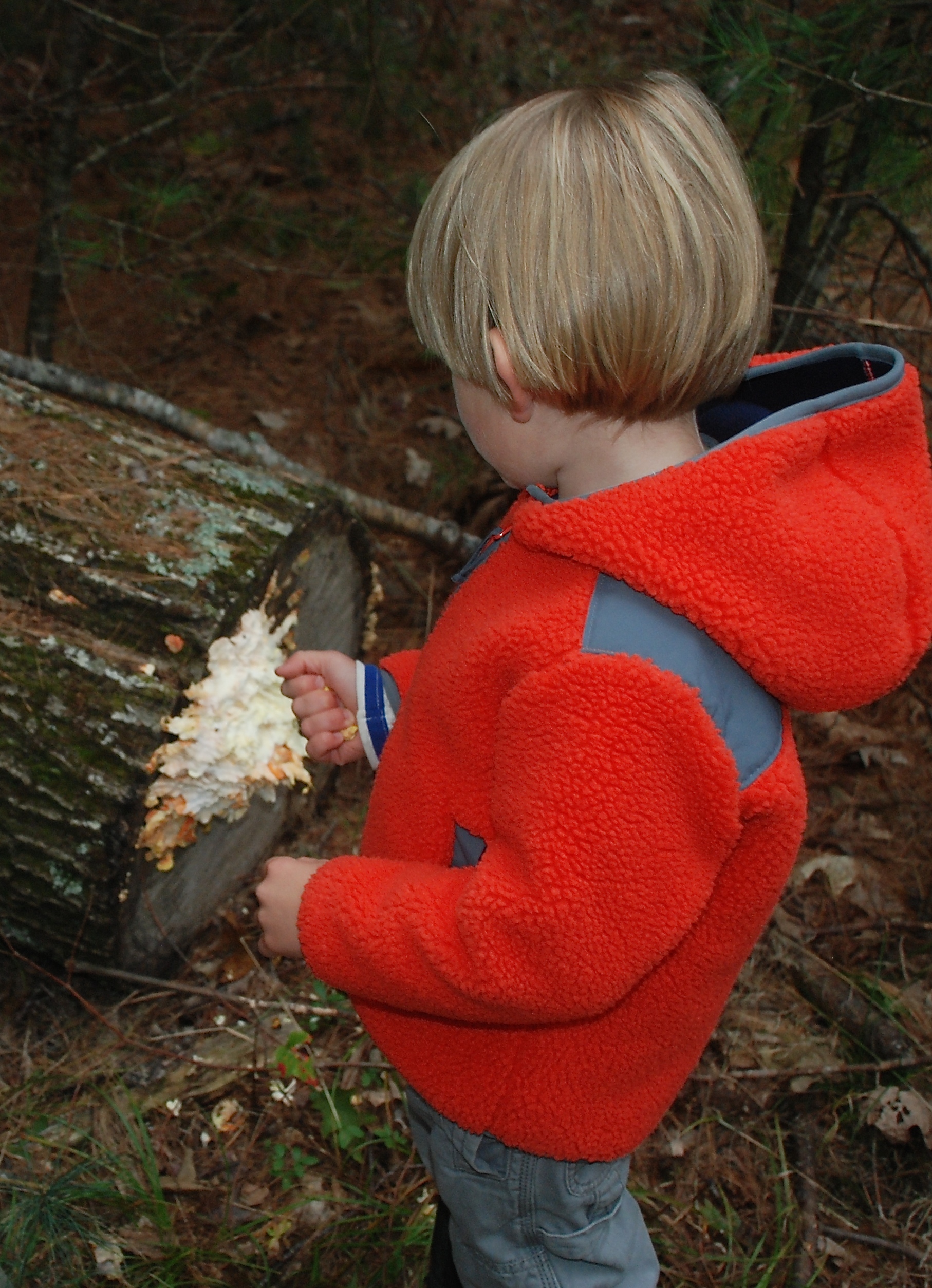 There is a children’s fishing pond stocked with trout. Fishing poles are provided, but bring your own worms! 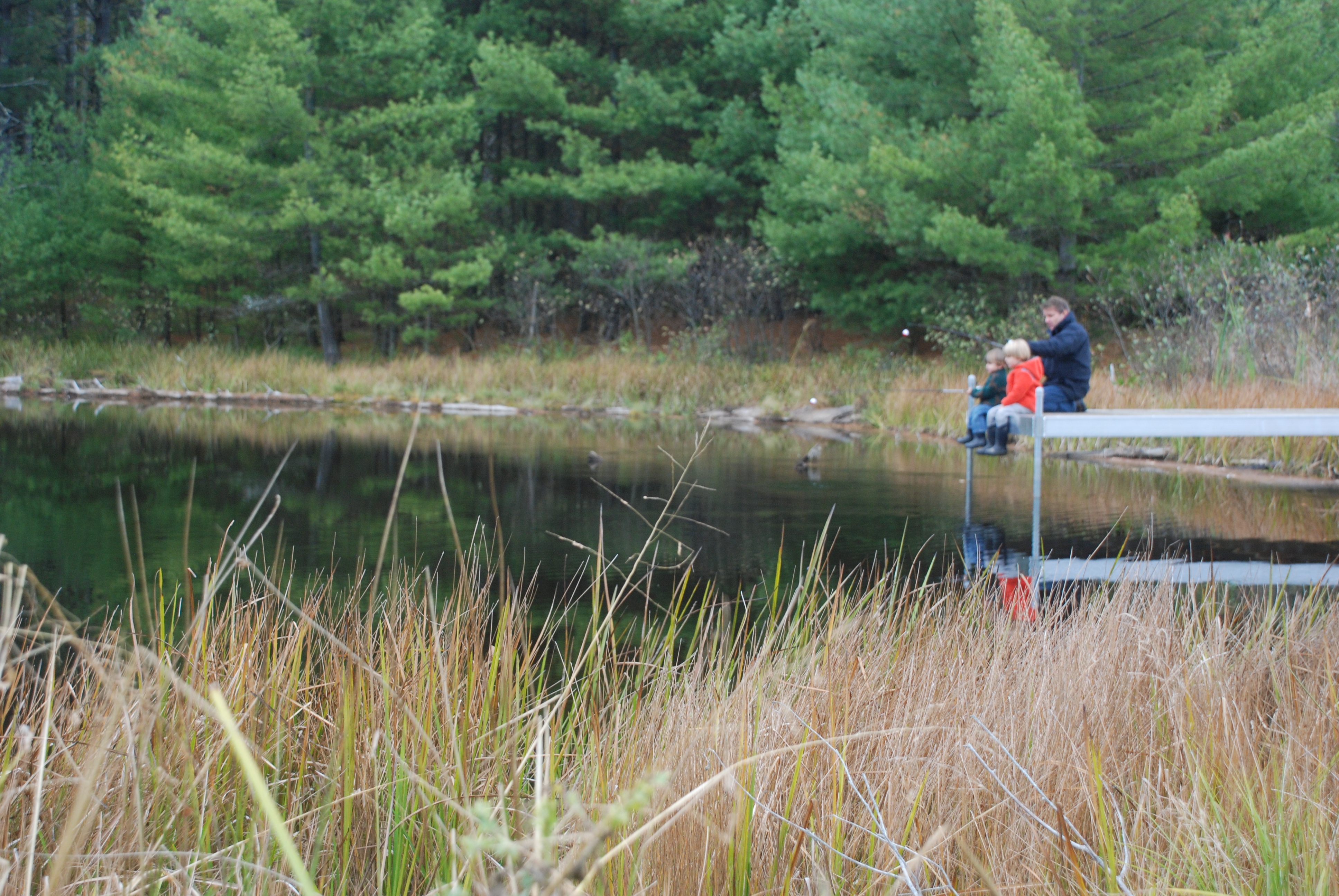 In the boathouse, experts can show you the skulls, antlers, eggs, and feathers of animals found on the island. 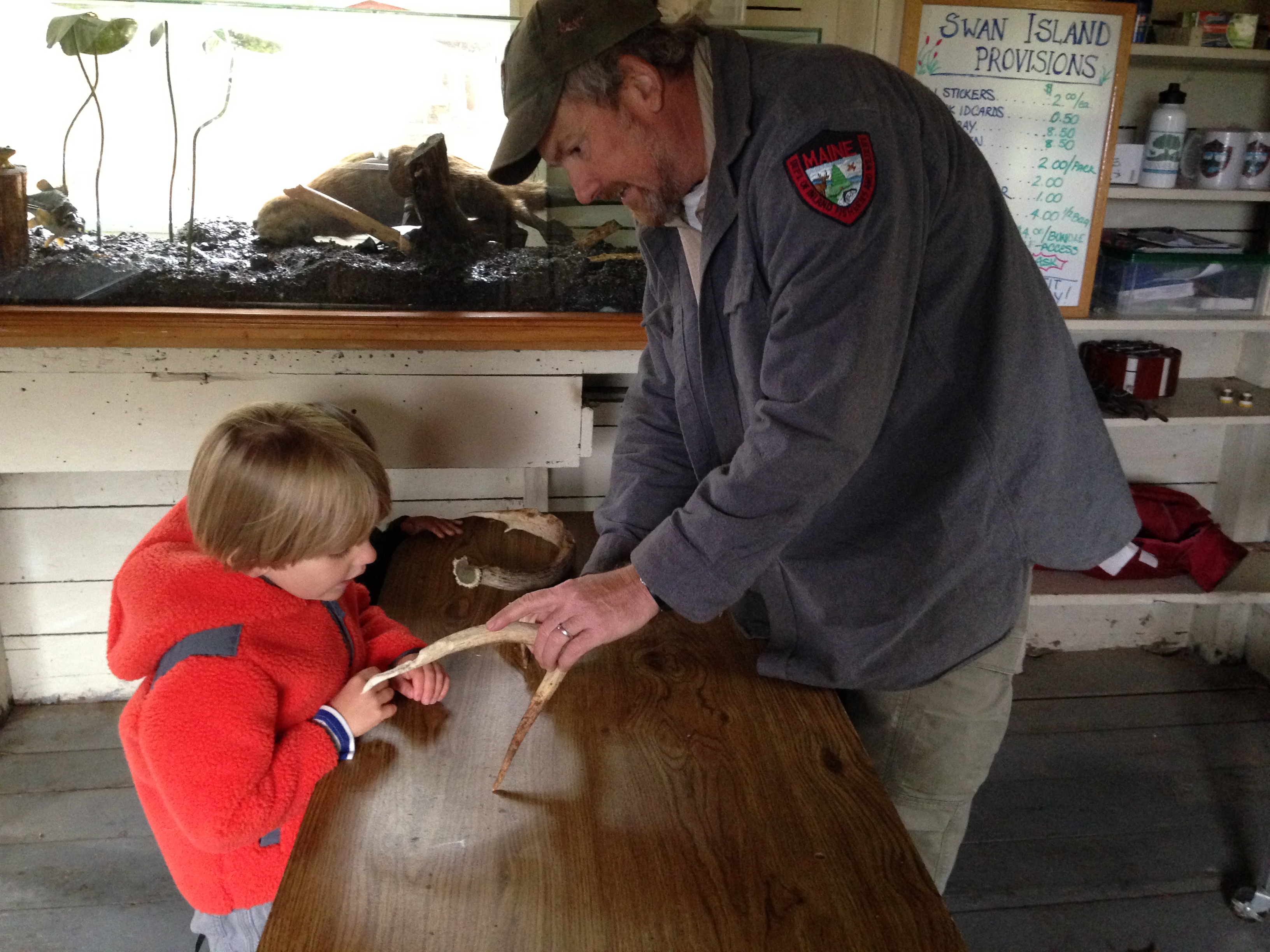 A campsite offers ten Adirondack shelters for camping with fire pits and a view to knock your socks off. (TIP: a real bathroom with running water is adjacent to the campsite) 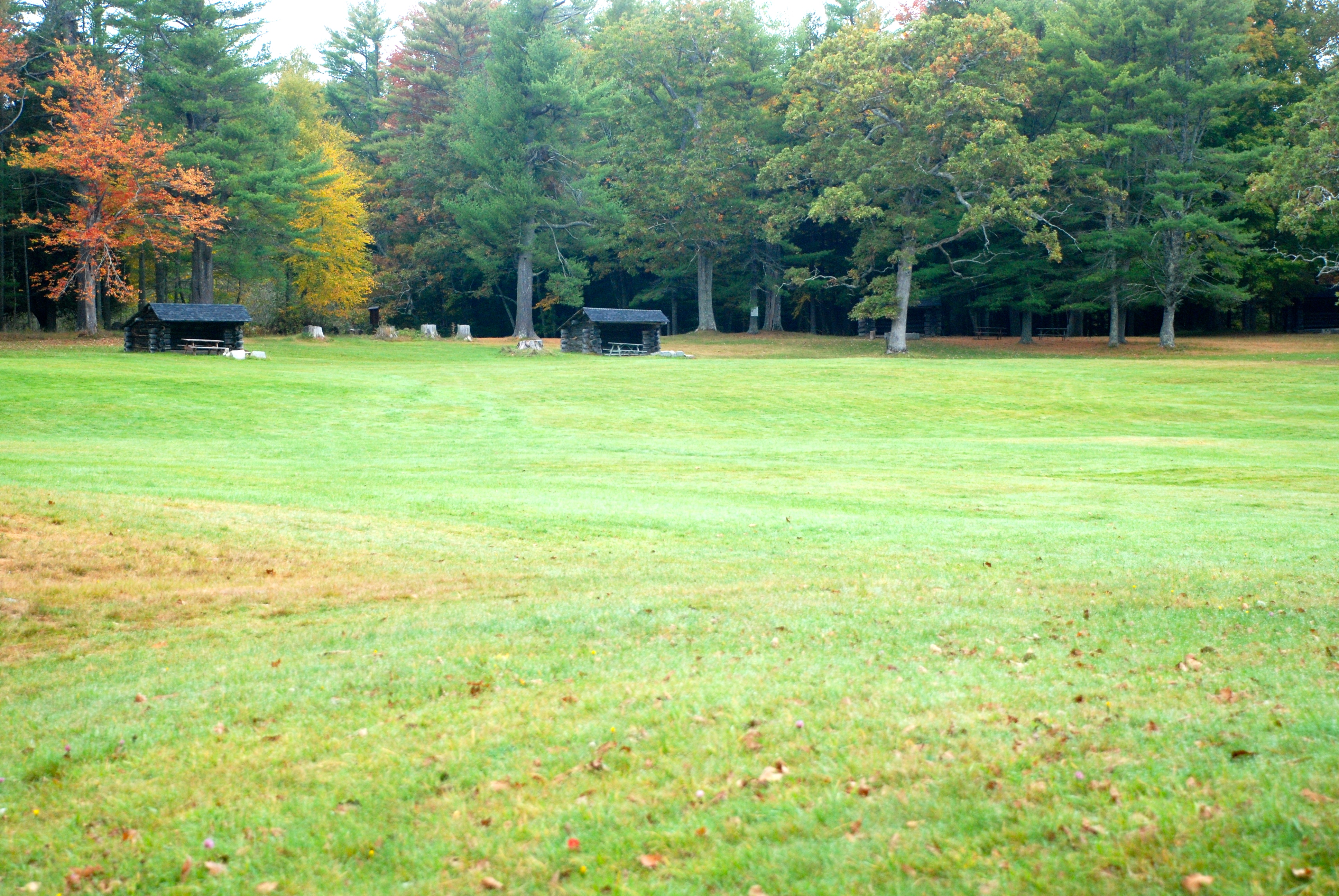 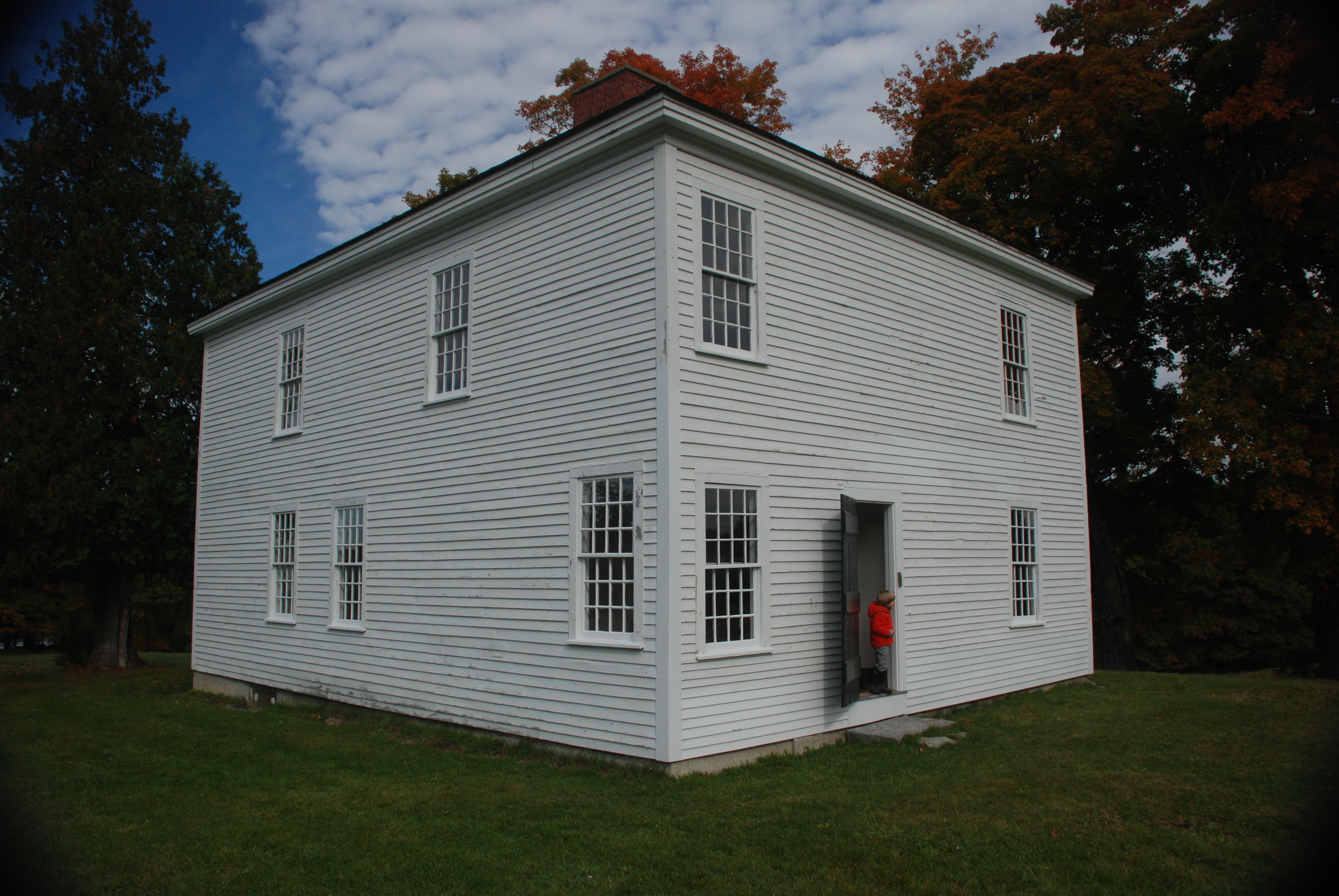 In the Maine, you, too, can visit an island time forgot.

P.S. Looking for other ideas on getting every ounce out of fall that you can, check out this post on our woodsy word hunt!

2 Responses to “An Island Time Forgot (No, this is not the title of a book, but a real place you can visit!)”