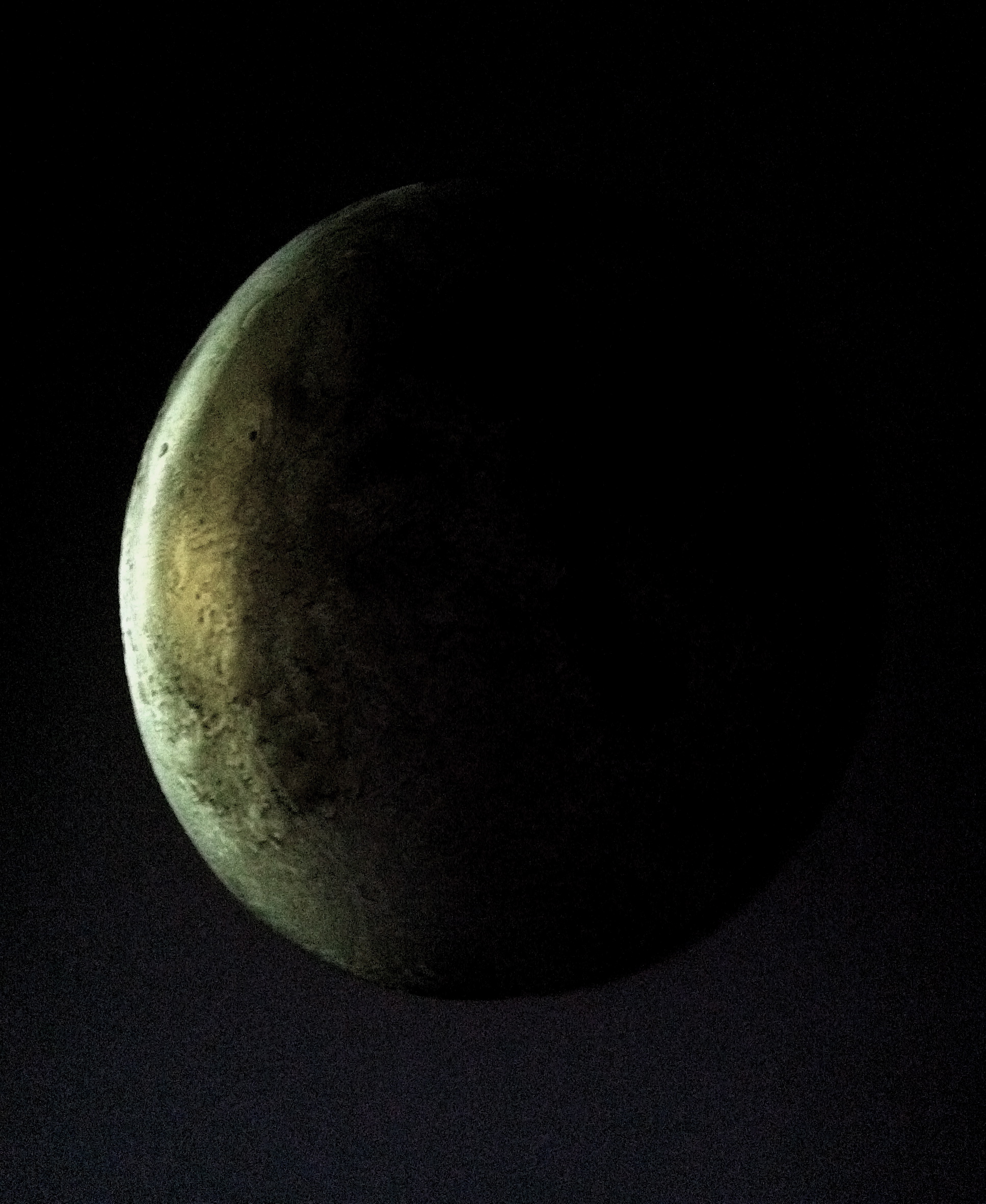 This is NOT the real moon. It’s the one hanging on C’s wall!

When I think about the phases of the moon and teaching or learning about them… well, I go back to fourth grade and failing the moon test. You know the one I mean, where you arrange the moon phases in order, define ‘waxing’ and ‘waning.’ Blah blah boring blah.

No offense to my 4th grade science teacher should she happen to read this. There were other successes. The day you had us blow air into a honkin’ set of cow lungs will be with me forever.  And the time the classroom pet black snake slipped down Molly’s shirt and she froze in fear. Well forget the success part. Never mind.

Anyway, in thinking of passing that misery onto Crowley, it was a burdensome mental puzzle I struggled to solve… until.. I met…Uncle Milton. While you may find the name troublesome “Uncle Milton: Moon in my room,” I assure this is a win win win. (But they really should run these toy names by  those of us with irreverent senses of humor.. that goes for the make-up namers too. Like today, no kidding, I am wearing Clinique’s Chubby stick in Mega Mellon. Seriously.) Back to the Moon in my Room, put this on Santa’s list as a big reaction must. And no, I am not taking any money, prizes or free gifts from Uncle Milton by saying this, though if you are listing and you want to send me money, I will email my address ASAP.

This is a plastic moon that hangs on the wall. And it lights up one lunar phase at a time, on demand or automatically cycling though them even 5 seconds for 30 minutes! But it only took Crowley five minutes to “GET IT.” And that, for me, is time and money (just under $20) well spent.

ONE IMPORTANT TIP: The moon in your room is controlled by remote control. Lose the remote and you lose the light. The package says this is for kids 6 and up. I can’t imagine why the age begins at 6. The battery compartments are screwed in. As long as you don’t set them loose with the remote (cuz you’ll never see it again), then I can’t see a problem. I think it could be a very neat addition to nursery decor as well, especially for the remote control feature. The baby cries. You hide outside door with remote and entertain baby with the moon light. Also, this will be a great toy for a loooong time. Michael and I are kind of jealous that little man has one and we don’t.

To support this lunar learning, I’ve rounded up some books. My thought here is to include a couple of science based books, but in the main, I wanted to books that spark the imagination. After all, the moon is the basis for so many childhood fantasies and day dreams which ultimately makes the science of it more interesting… in my humble opinion.

Eric Carle’s Papa, Please Get the Moon for Me is as good as his name on any book would suggest. This is the perfect introduction to moon science for a 3-year-old. While the phases of the moon are central to the story, this is not a fact driven science book, but an imaginative loving tale between father and daughter. At the end, of which, your little one will have absorbed the concept of a changing moon. And I found that C. took pretty quickly to the lunar vocabulary with ‘waning’ and ‘waxing,’ eager to give me demonstrations of both with his moon.

For your older children there is a new book (2011) out that is spectacular. It, too, is a picture book but written and illustrated for the older children. It’s called The

Man in the Moon (Guardians of Childhood)The cover says ages 4 and up. But some of the scenes were a smidge scary, so read it first to see if your chid can handle some of the concepts. But if they can, this one is another pick for Santa’s sleigh. William Joyce’s storytelling through words and illustrations is tough to beat. This will capture your child’s imagination and take them for a fantastic ride. And this book is one of a series that spends time with each “guardian of childhood” like Saint Nicholas, the tooth fairy, etc. I will save ours for C and add to the collection as he gets older.

There is also The Moon Seems To Change written by Franklyn M. Branley and illustrated by Barabara and Ed Emberley. This book is intended for an audience of 5 and up and I’d say that’s exactly right. Now, I have no problem exposing C. to books a little out of his reach but he is exploring them at his level and not taking in the entire book. So if you have slightly older children, this is a great fit for actually getting down to why the moon appears to change. This is a great beginner science book. 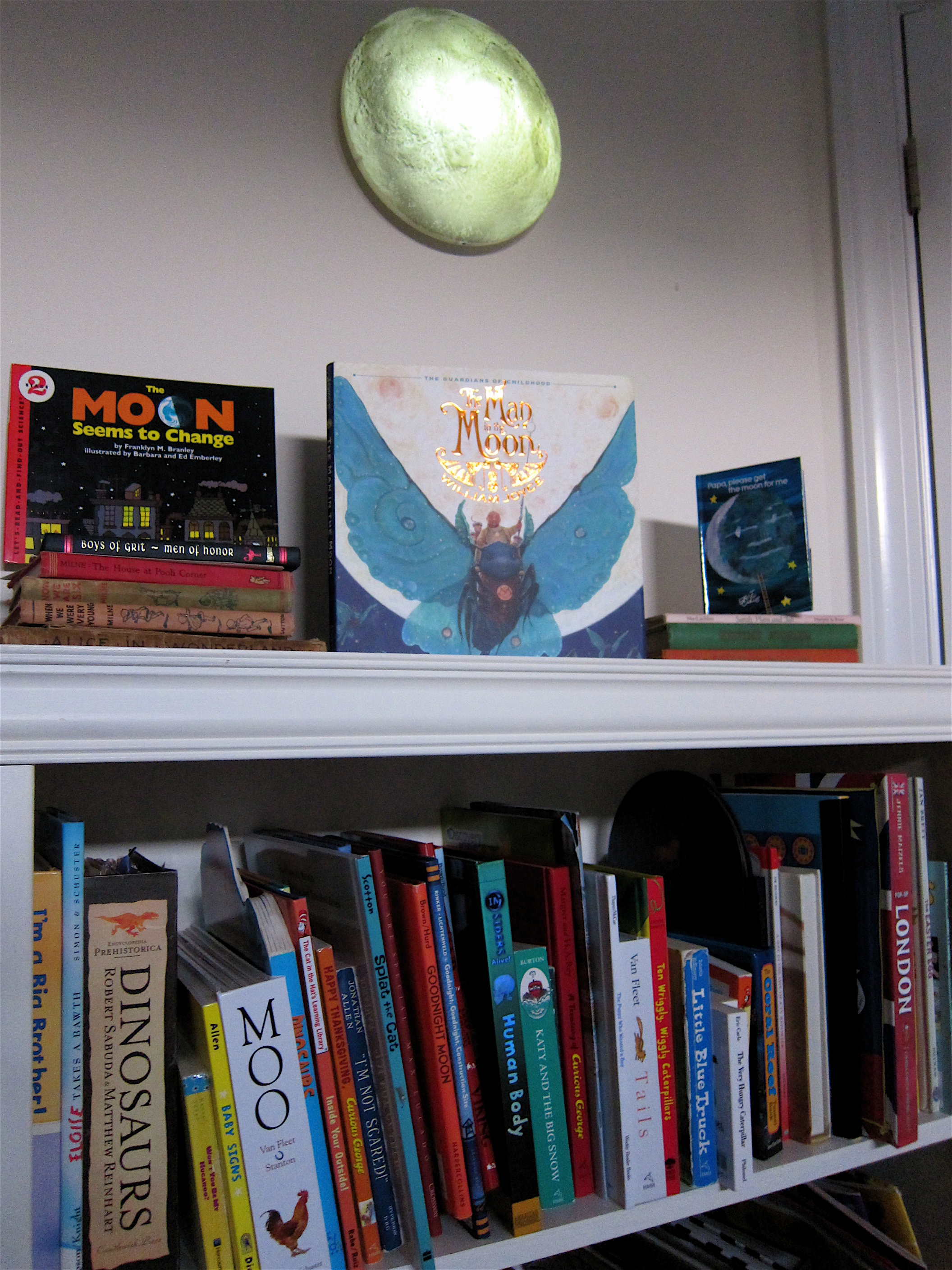 And I have to say that having the moon in your room takes our favorite, Good Night Moon by Margaret Wise Brown and Clement Hurd to a new level. 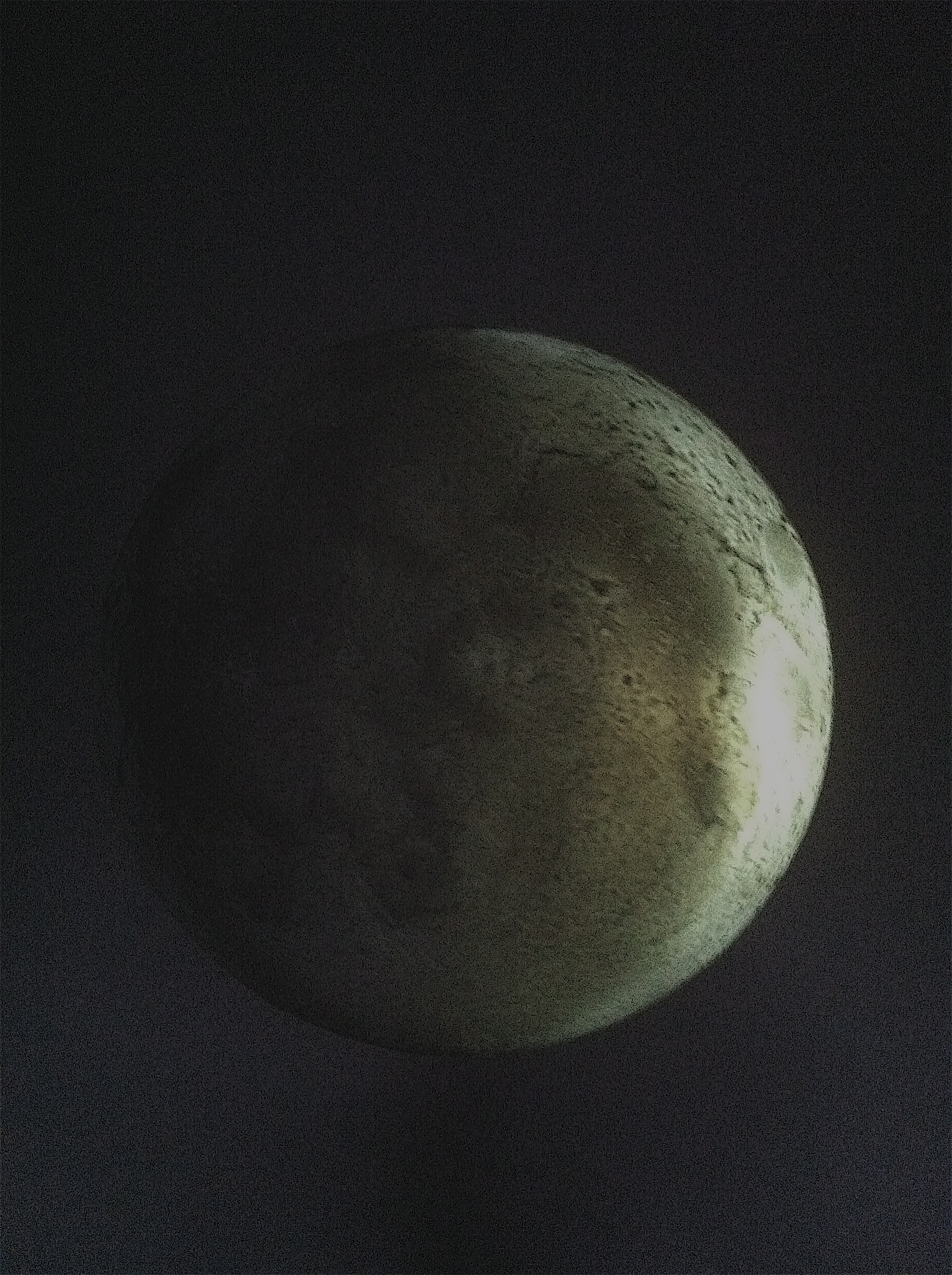 Again, NOT the actual moon.

There you have it, a successful lunar landing for a 3-year-old! Mission accomplished. Now wine.