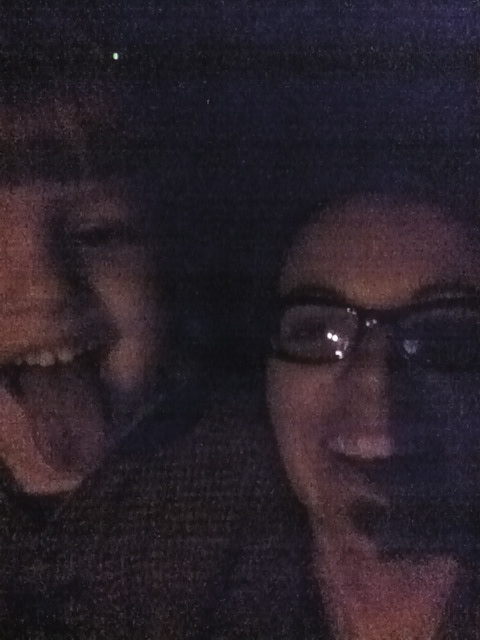 I’ve warned you about how my brain works… that out of the many voices talking in my head (sometimes to each other) not a one of them ever suggests I quit while I’m ahead or just let it be enough. And so in that fine setting, the thought started, “If I am going to teach Crowley about the stars… he’s going to need to see some actual stars.” But his 7:30 bedtime pretty much ends that idea. And then I think, “well, I could make just one exception and we can stargaze in the midst one of the greatest meteor showers all year?”

And no, when I saw the best viewing time was at 3 AM, it never occurred to me that a regular starry night say around 9:30 was adventurous enough.

So, I made a deal. “C, if you are a big boy all day (in other words, take a break from the discipline nightmare you 3-year-olds relish creating), I will wake you up in the middle of the night and we will go outside and watch shooting stars!”

He agreed. And his behavior was PERFECT.

And when I entered Crowley’s room, gently nudged his shoulders, one of those rare moments of pure magic began to unfold. “It’s time,” I said, “It’s between bed time and wake up time. The shooting stars are waiting for you.”

He sat straight up and as I wrapped him in his coat, he said, “I so excited! This is so fun, Mom!”

I grabbed a quilt and we headed outside for the top of the driveway. And there it was, a bright crescent moon, Jupiter, Venus and shooting stars.

We watched for an hour, Crowley close in my arms, immersed in the wonder of this incredible universe. We were far, far away from our schedule, the realities of child rearing, and the fatigue those sweet new babies bring.

It was just the two of us and the stars and it was magic. As long as I have a memory, I will have last night.

P.S. Want to wake up your sleeping beauties? Next meteor shower is October 21st. That’s when Earth will pass through the debris field left by Haley’s Comet. Need help finding the debris field? Download this freakish app I used on my iPhone called SkyView. Point it at the sky and it tells you exactly which stars, constellations and planets you are looking at (and yes, I am too road-kill-tired to remove that preposition from the end of the sentence). Crowley thought this was amazing!

No Responses to “A Toddler Date Under the Stars… @ 3AM!”