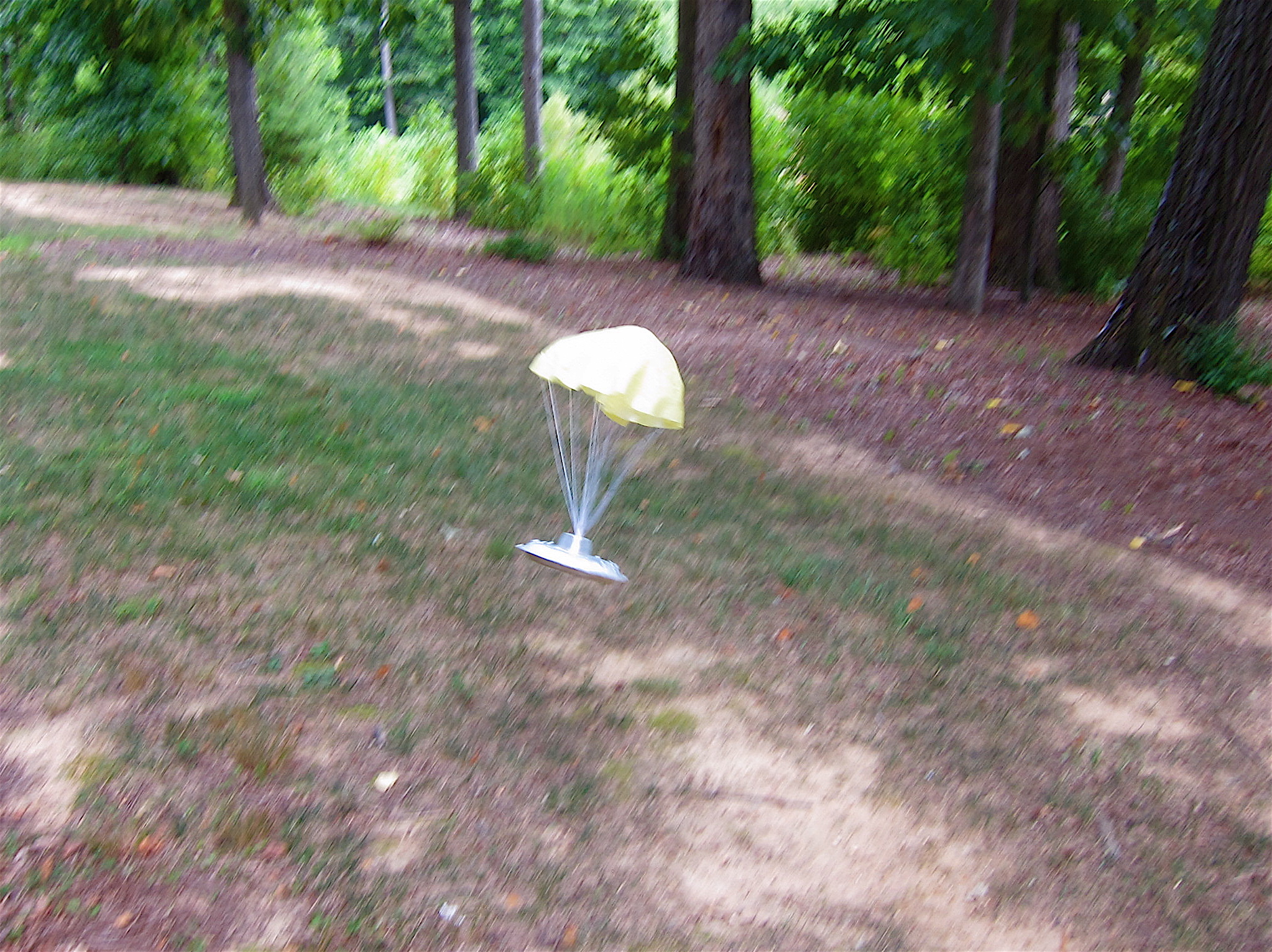 Did you watch the coverage of the Curiosity Rover landing on Mars? What a thrill! While the world saw a marvel of modern engineering, I saw that and something else! I saw two paper plates, an apple sauce cup, string, and tissue paper. Yes, this is what I’ve become. But I’m very cool (at least in the eyes of a certain 3-year-old).

Want to make your own Curiosity Rover, too? Let’s get started! NOTE: This is not hard, but it is more complicated than most of our other projects. So your toddler will participate in this project but it will require your careful attention as well. (It’s just sick what raising kids is doing to me. As I wrote those last line, I thought “What’s gonna work? Team Work! What’s gonna work? Team work!” Uggghhhh. Wonder Pets. I think this is a cry for help.) Anyway, this craft is certainly appropriate for older children as well.

Check out this cool animation from NASA, as you scroll down the image, the graphic shows you the various phases of landing and how the space craft changes to accomplish each task. We chose to make a model of Curiosity just as it deploys the parachute!

The Cheerioes will act as your rivets. Turn one plate upside down. This will serve as the top of your space craft. Place Cheerioes around the plate. Glue to plate. 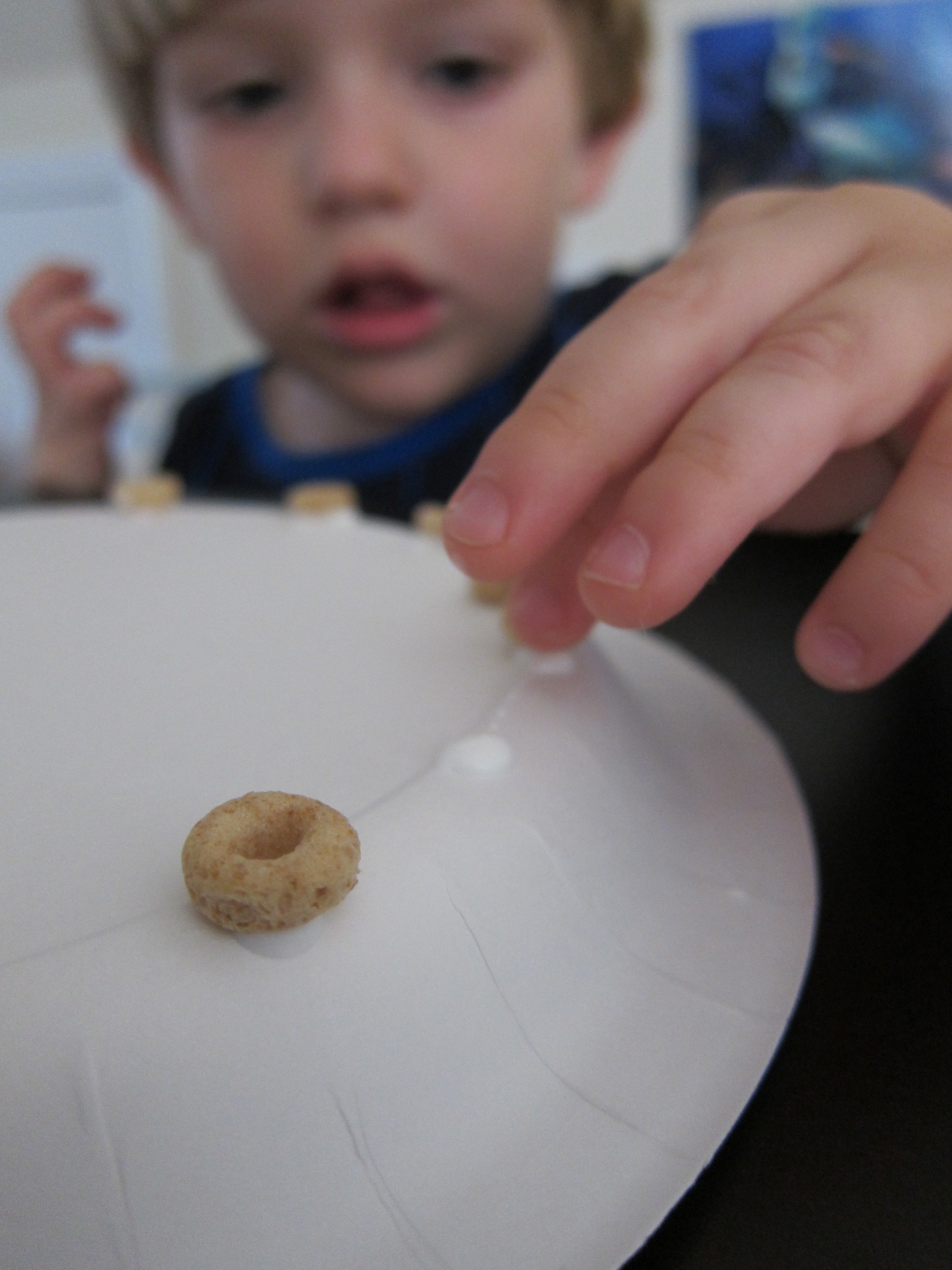 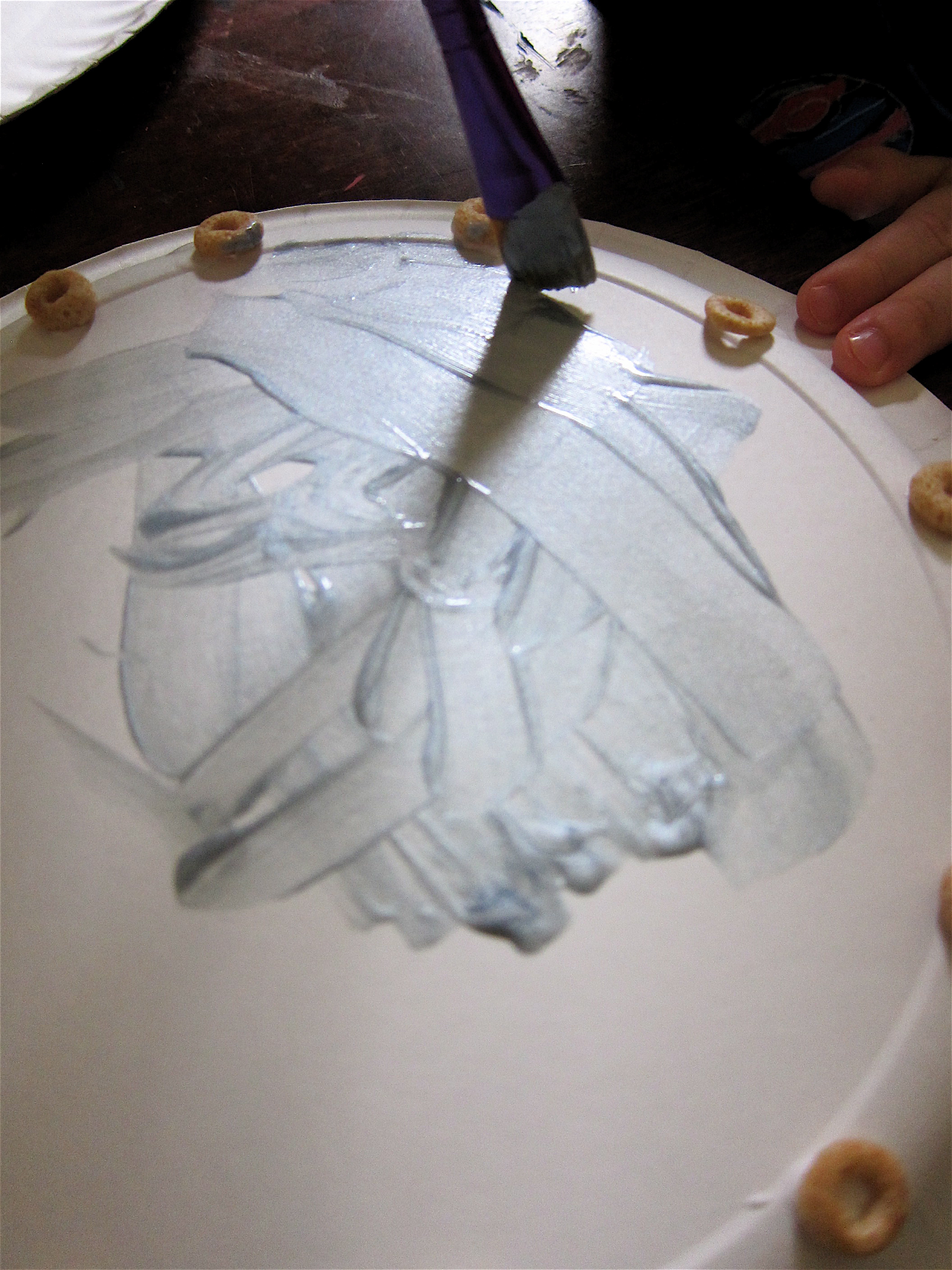 Turn over your second plate and paint with golden paint. This will serve as the bottom part of your space craft (though you can omit the bottom all together if you want a lighter flying craft.) Let them dry. 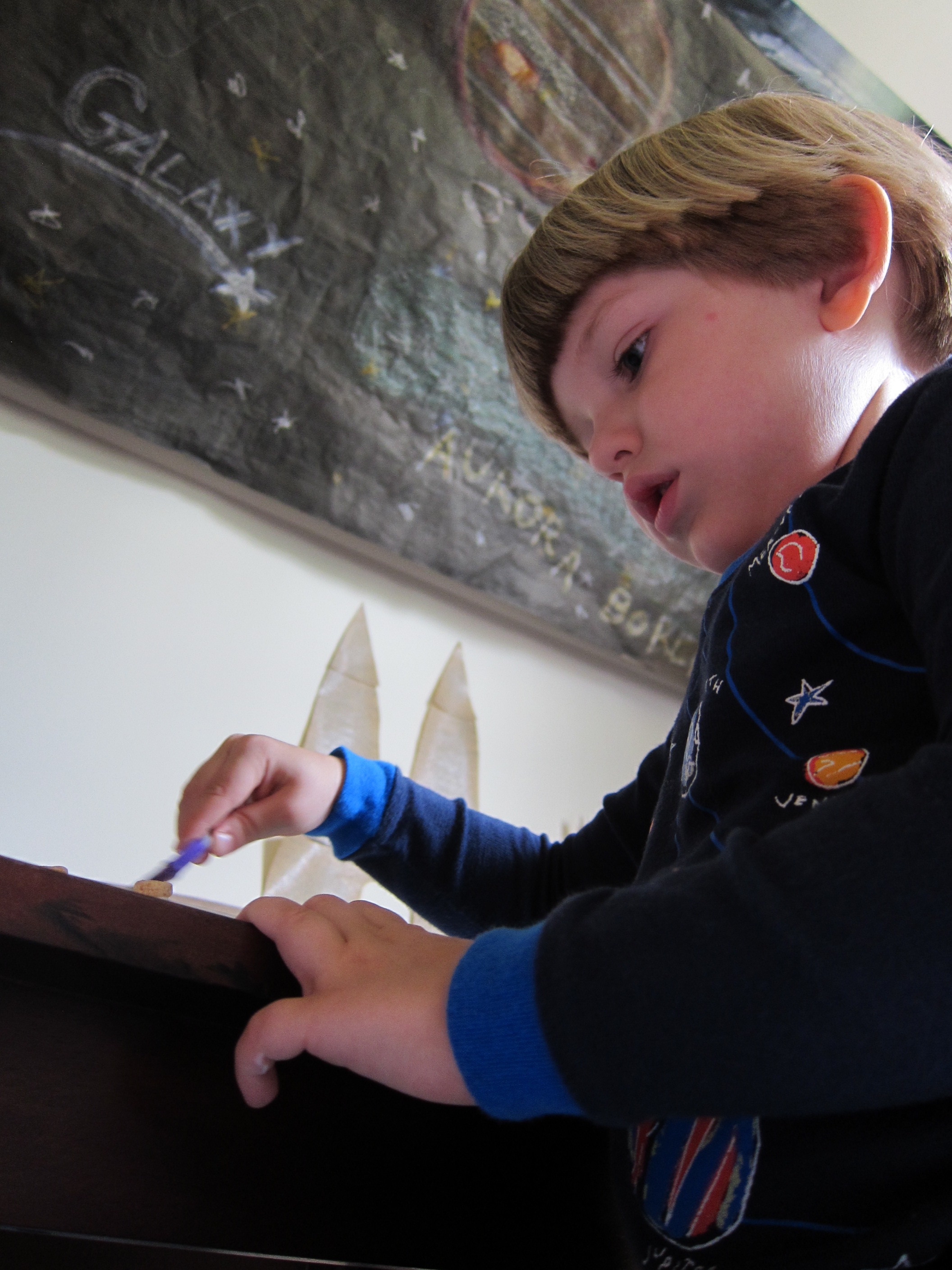 Nothing like taking your inspiration from the stars above!

Take your Applesauce cup and put a hole through the center of it. Make this hole large enough to accommodate 16 pieces of your string. 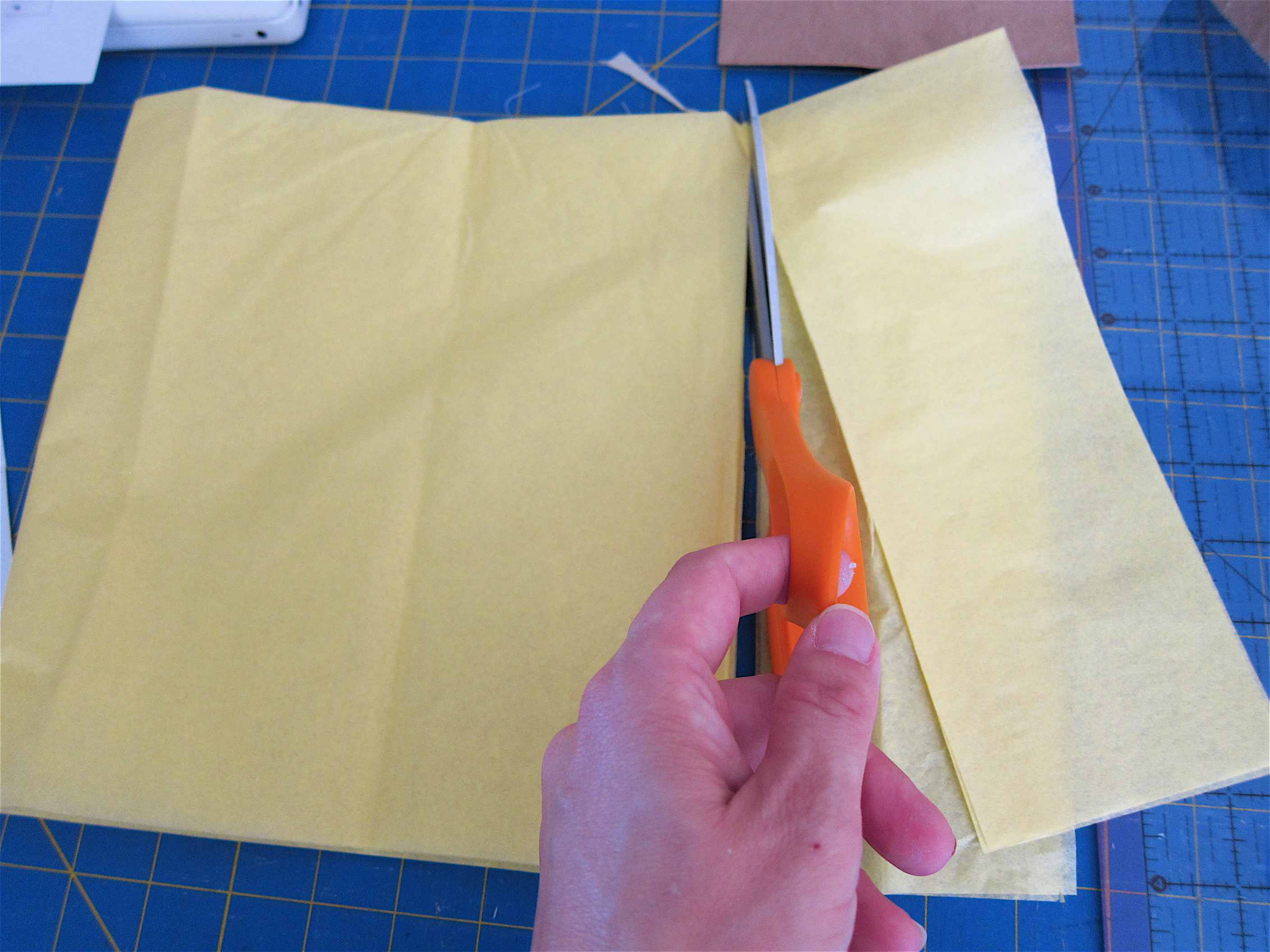 Now, cut off the corner so that when you open the remaining paper, you will have a circle. 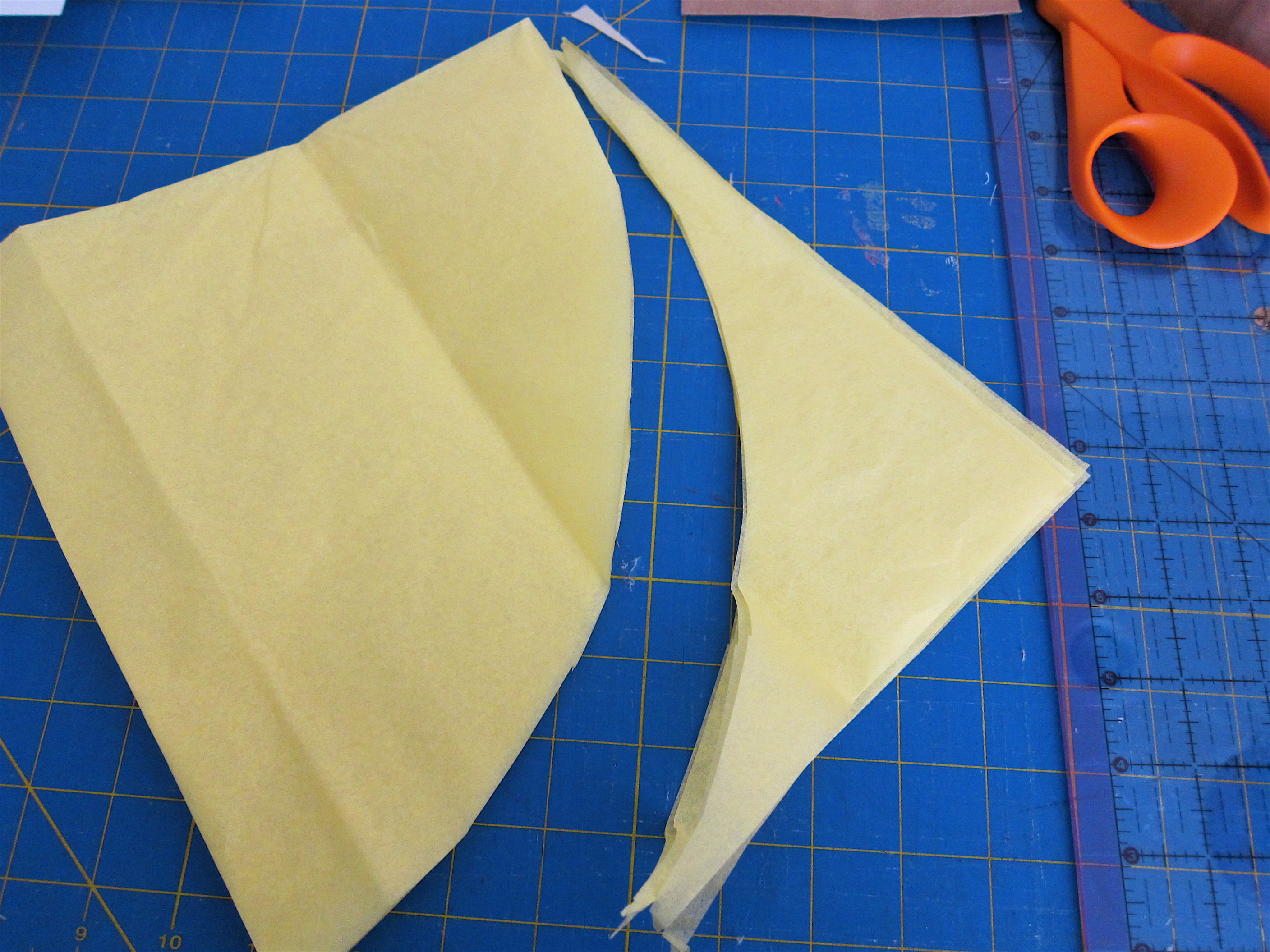 Take 16 pieces of string. Ours are about 1.5 feet long each. Begin taping them to the edge of your tissue paper. Make sure that if you tape a string to the very top. Next, you tape one to the very bottom. 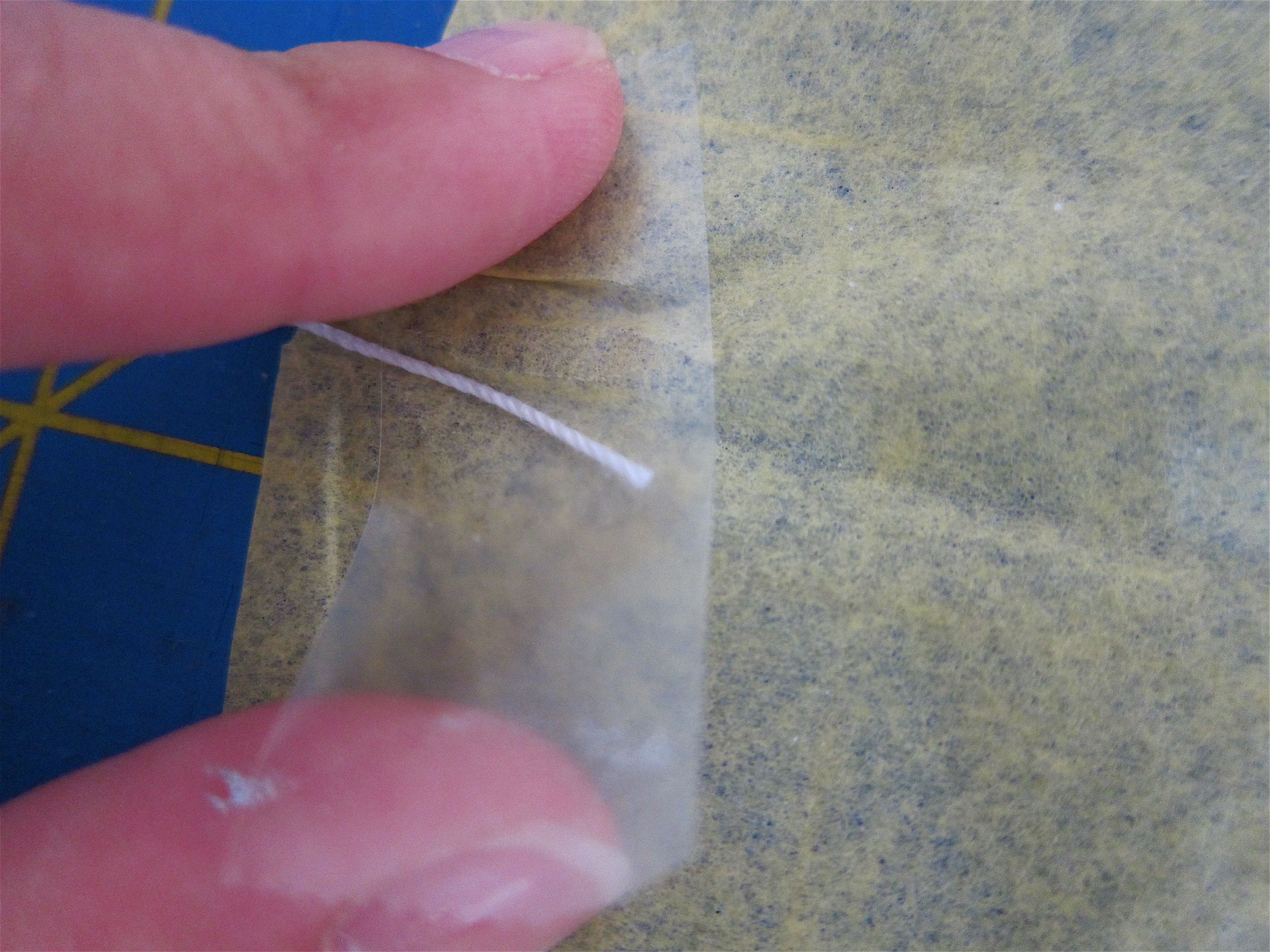 Keep working with the exact opposites of the circle as you make your way around. Top and bottom, then right side and left side, etc… until all 16 pieces of string are taped to tissue paper and are more or less the same distance from each other. If it’s easier, mark each spot with a pencil first. 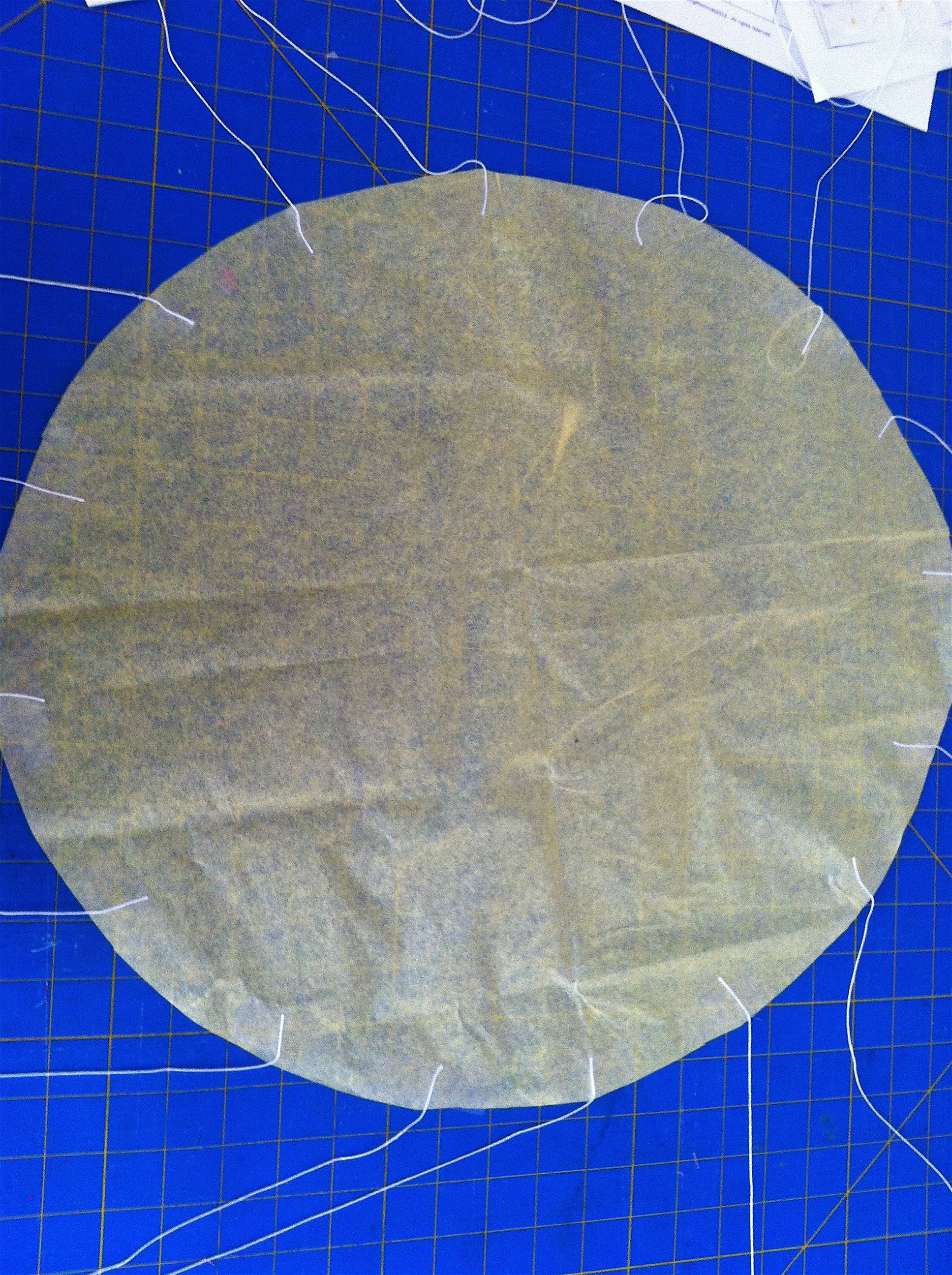 Flip your parachute over and place tape on the backside of the tissue paper to reinforce where strings are attached.

Now, thread a string though the needle and pull the string through the hold in your applesauce cup. Repeat for all 16, careful not to tangle them. 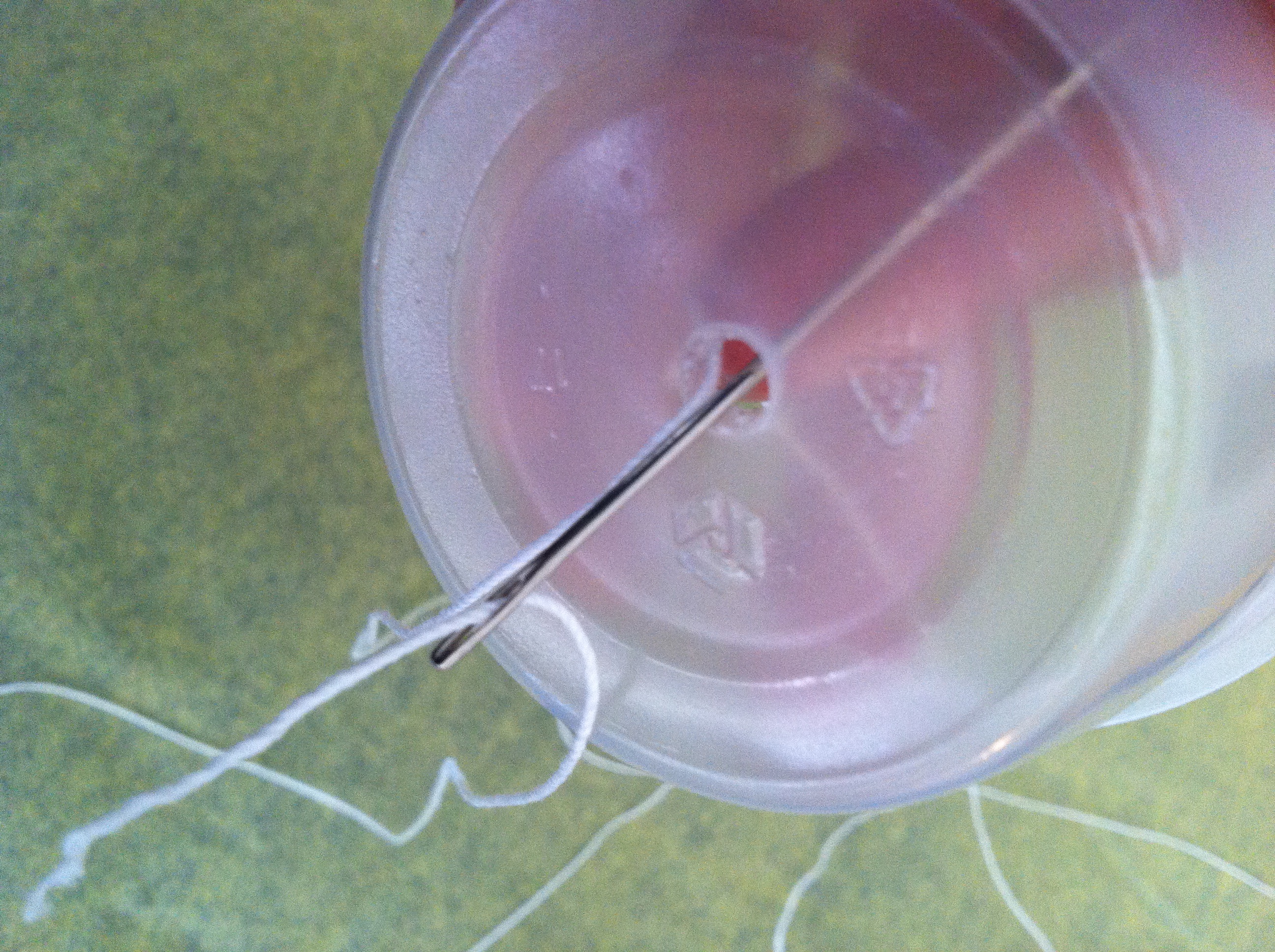 Once you make sure that they strings are more or less the same length to your cup, you may tie the bundle of string tails into one giant knot inside the cup. 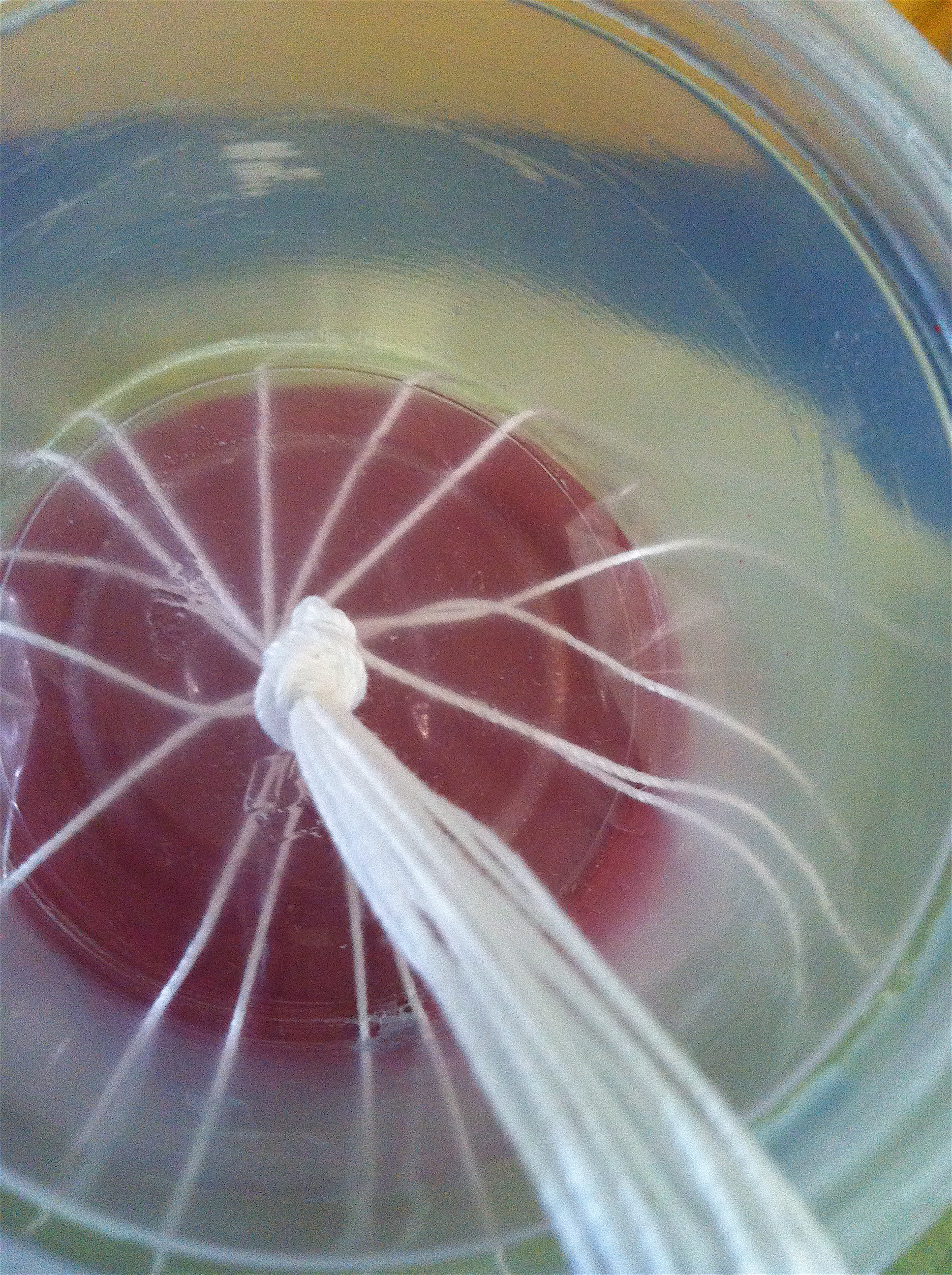 Cut a hole slightly smaller than your applesauce cup into the middle of the paper plate that serves as the top of your space craft.

Feed your parachute through the underside of the hole in the plate, pressing your applesauce cup up into place. Tape cup to underside of plate for stability. 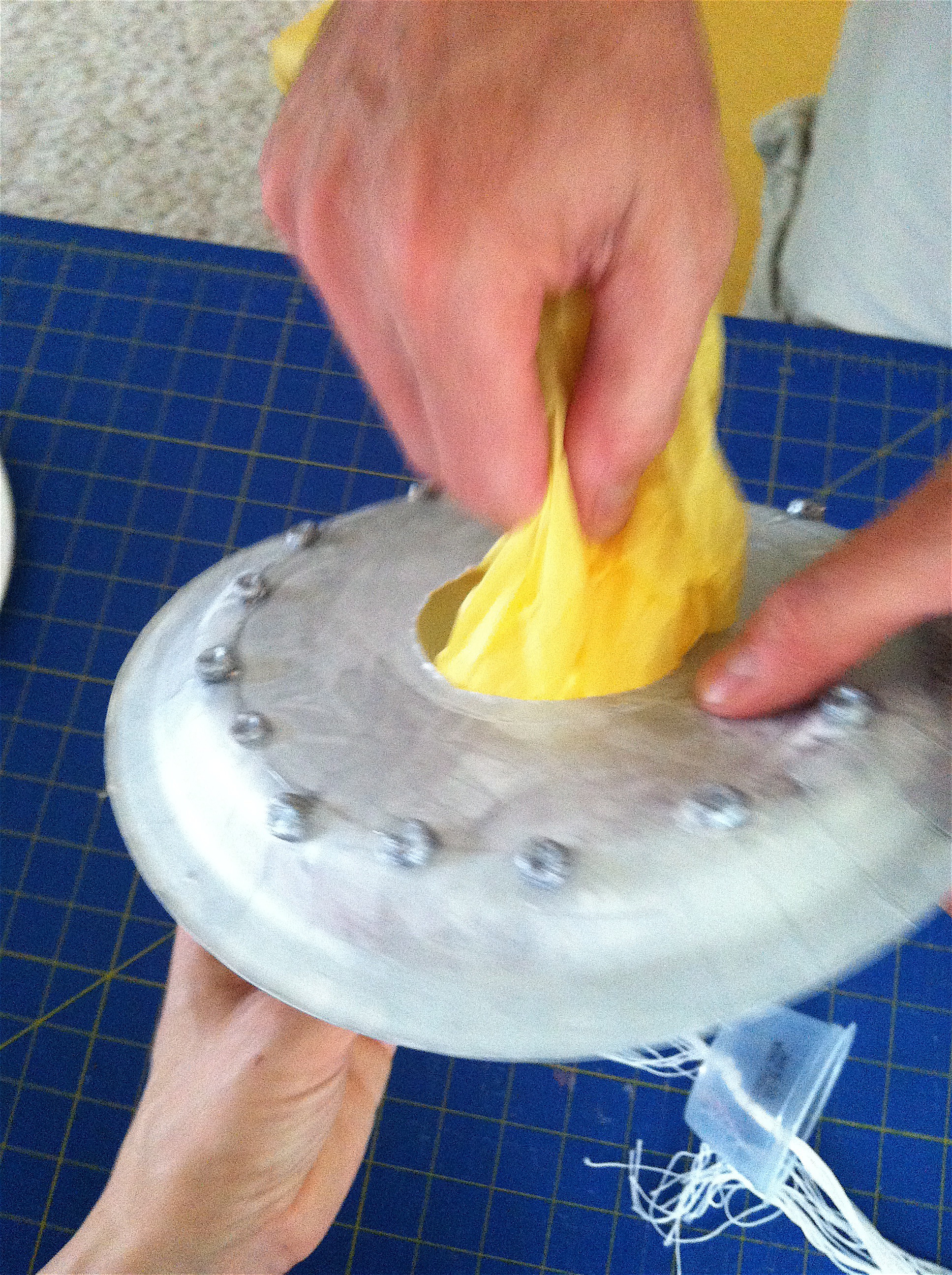 You are done! Now it’s time for a test flight! Holding your space craft by the center top of the parachute, drop it from a high surface and watch it slow down as it reaches Earth! 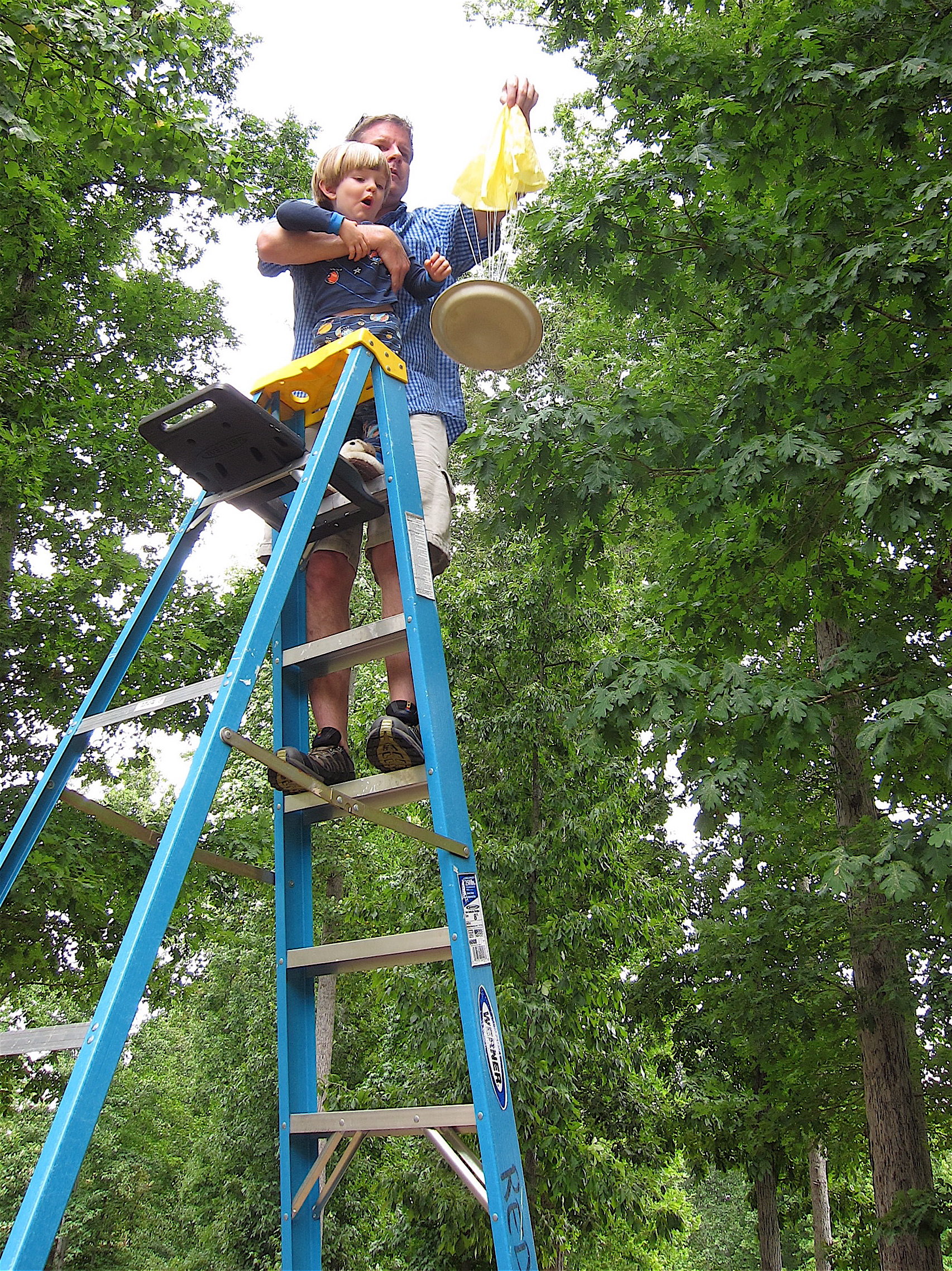 Introduction to engineering, math, science, and building. An interest and appreciation for the science behind the Mars landing. Ownership and investment in Mars exploration. Exposure to Space and the scientific process. Development of problem solving skills.

Best of all, it’s a thrill to watch the parachute work! 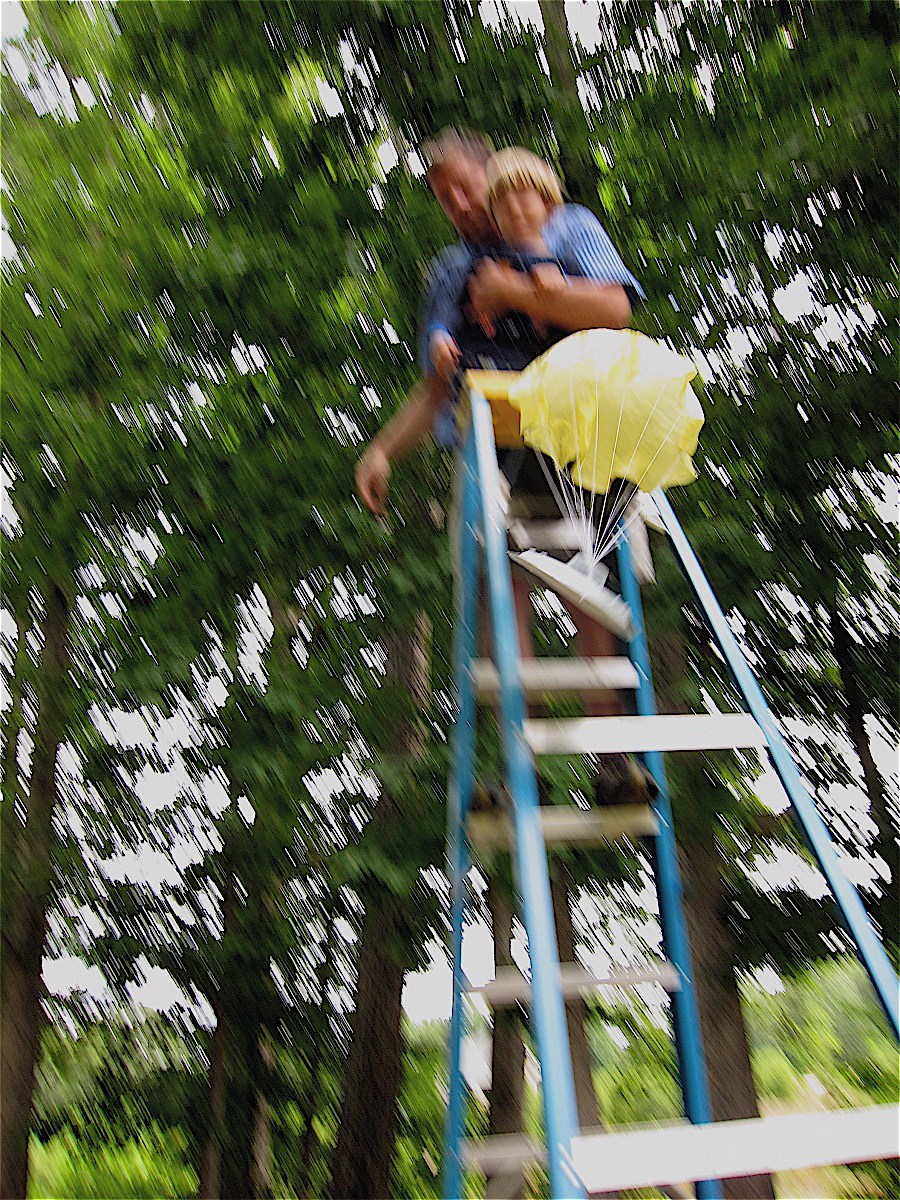 P.S. a great read for your little martian is Skippyjon Jones, Lost in Spice by Judy Schachner. It’s the perfect fun companion to all the talk of Mars!