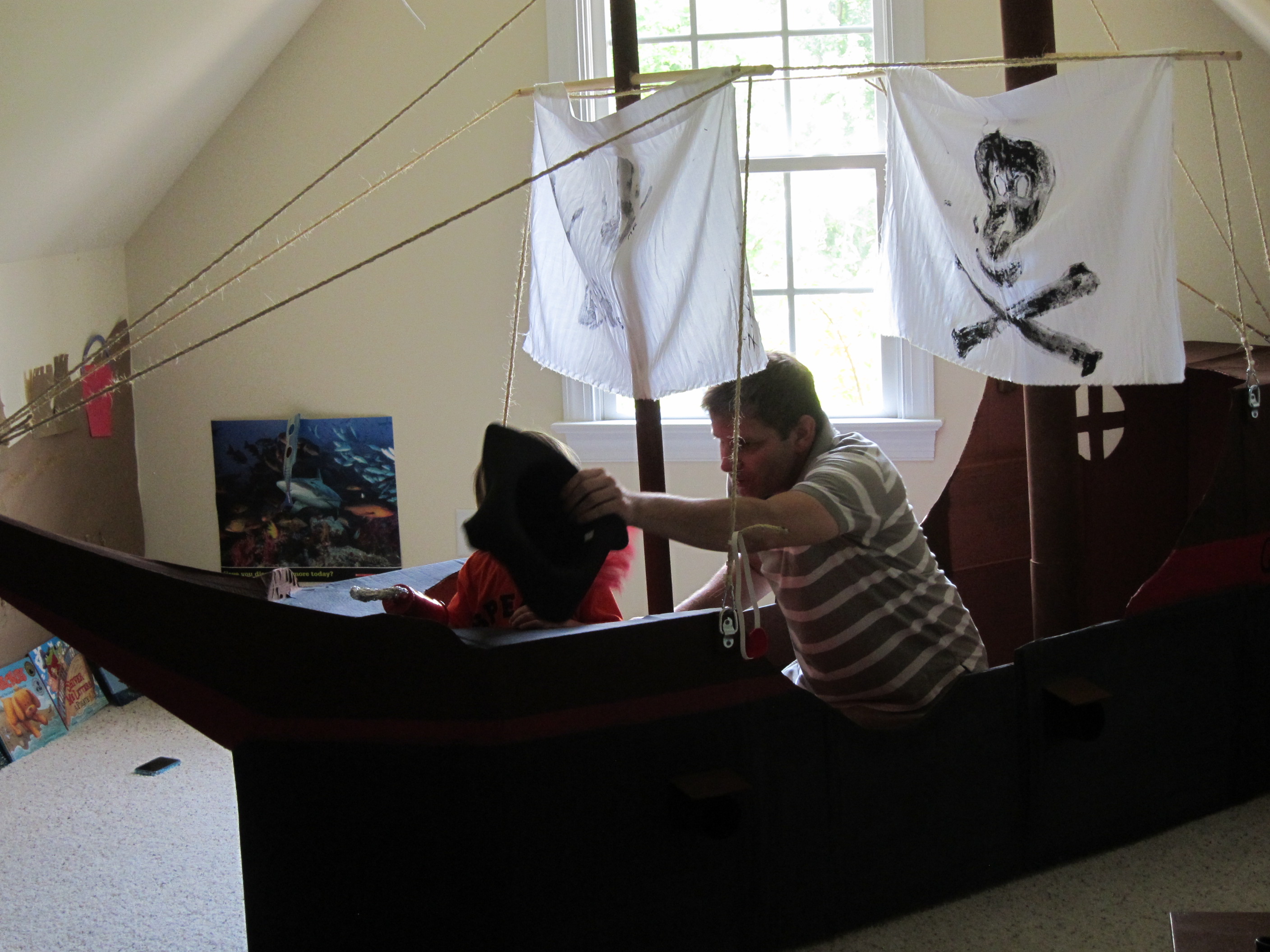 Hey all! It’s Mike again (Anna’s husband)… I see the Pirate Ship blog yesterday was popular. Something about Pirates. I’ll explain the masts and rigging in a minute. Much easier than I thought it would be.

But first I have to tell you a quick ditty about the time I was on a secret archeological dive vessel… as the booty from Blackbeard’s ship Queen Anne’s Revenge was brought to the surface. True Story. We were the first TV crew invited out as archeologists dove the federally recognized-Coast Guard protected shipwreck on the ocean floor off the North Carolina coast!

We weren’t even allowed to tell our viewers where we were. But we watched as bottles and plates and even cannons were brought to the surface. I think the most amazing part for me was holding musket bullets from Blackbeard’s guns in my bare hands. Crazy. Here are a few picks from that story.

These grown men and women were like giddy children as they retrieved more and more history from arguably the most famous pirate ship in history.

A cannon from the QAR!

Okay, onward. The key to the masts is the wood plinth blocks I glued to the cardboard to hold the tie downs that clipped to the karabiners that synch the rope that keeps the masts tightly in place. Follow? Lemme splain.

I epoxy glued and then screwed these tiny plinth blocks to each other on the inside and outside of the boat where I knew the tie-down rings would be fastened. 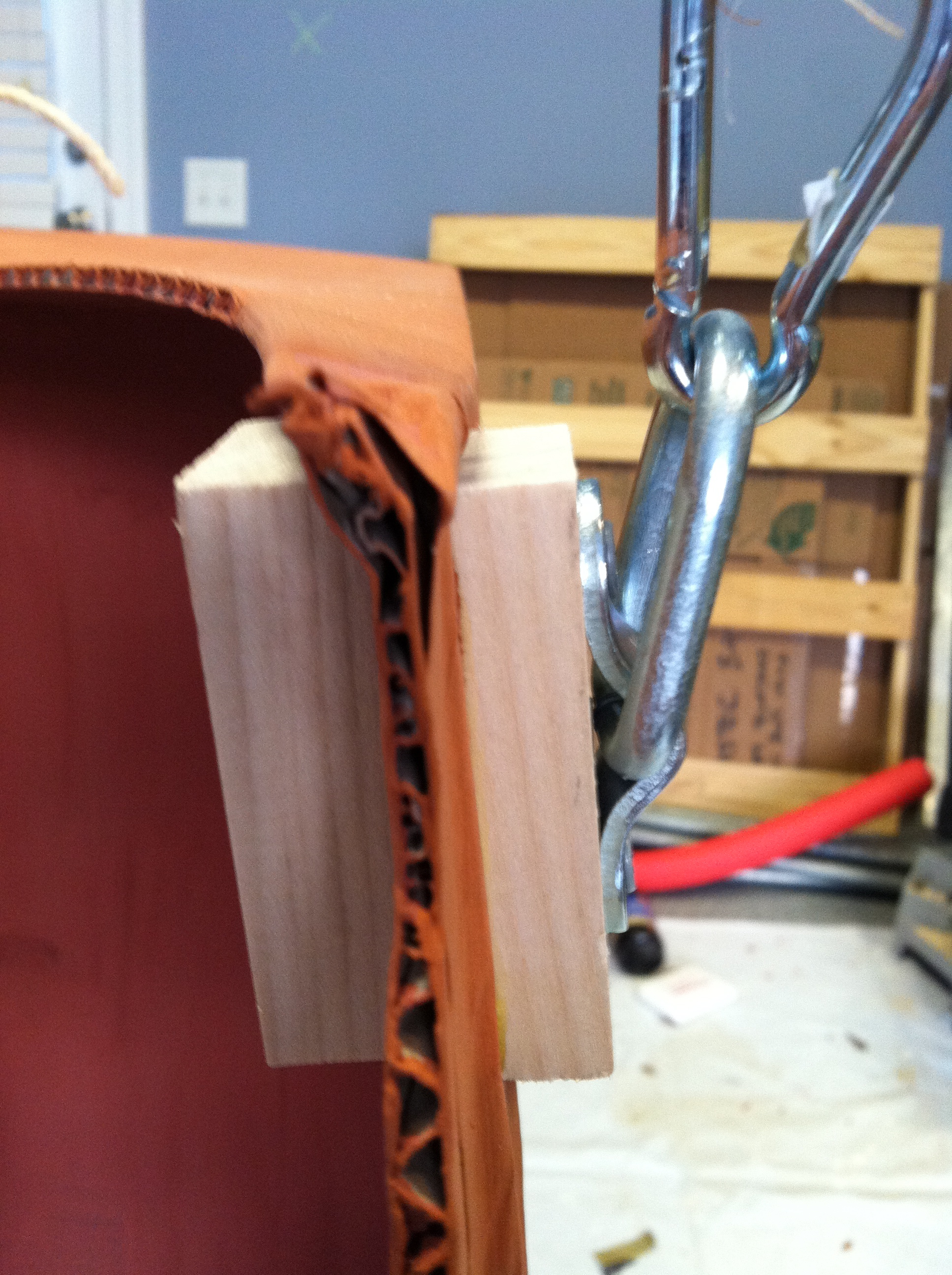 One on each side of the six locations the mast ropes will be secured to. Three in the front, three in the back…

While I started work on the masts, I gave Crowley the important job of sanding and painting the six cannons we would carry. After C got a base coat on them and they dried we epoxy glued them to the ship… three on each side. Then we added a “wood” door that opens before we fire the weapons.

I took the cardboard tubing given to us by Lowe’s from empty carpet rolls, and cut about a foot off of each. I sliced open that one-foot section of tube long ways and pried it open until I could slide the long mast into the shorter section. Then I taped over the slit in what was now a collar for each mast to sit in. (I needed removable masts to be able to fit the boat up the stairs on the way to the bonus room.)

Mast inside its collar…

Then I taped the collars to flat cardboard bases and slid the masts into the collars. While Crowley painted the lower half of the masts I put another coat of exterior paint on the boat. Then I drilled holes into the masts near the top and into the dowel rods. Even while C was still painting, I was sliding the ropes through the holes and attaching karabiners to the ends and clipping them to the tie downs I had screwed to the plinth blocks. Then I carefully tightened the ropes evenly and Zip tied them. Voila!

I finished painting the upper half of the masts while Anna & Crowley made the sails complete with a Jolly Roger image! We attached them with Zip ties as well.

The ship is basically done. Though we added some embellishments: round windows in the back, painted the boat name Crowley came up with on the very back – “Conch E. Conch” and touched up the red stripe.

Because of the heat we barely got an hour or two of work done each Saturday and Sunday for three more weekends. So while it took a month of weekends to build our Pirate Ship, we only spent between 15 and 20 hours total on it.

It’s hard to explain what a unique bonding experience this was for me and my little boy. We built a freakin’ pirate ship together! The whole neighborhood watched as it went from “What are they doing with those old moving boxes?” to a life-like pirate ship. We did something special. Together.

Today the Conch E. Conch is docked in the adventure room and pirates can be seen playing… and napping below deck at all hours of the day.

Tomorrow, Anna will show you a quick and easy way to make the sails! 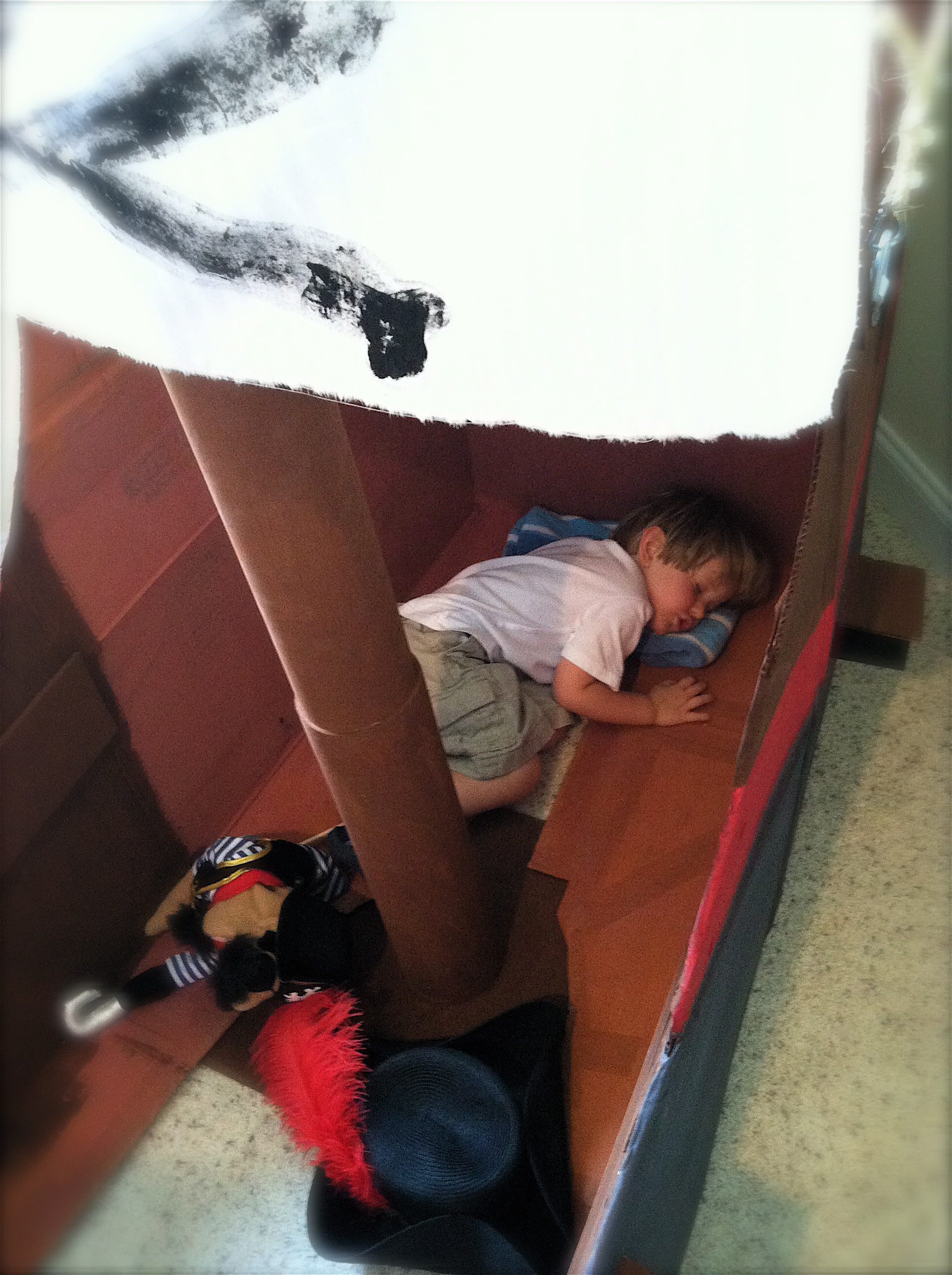