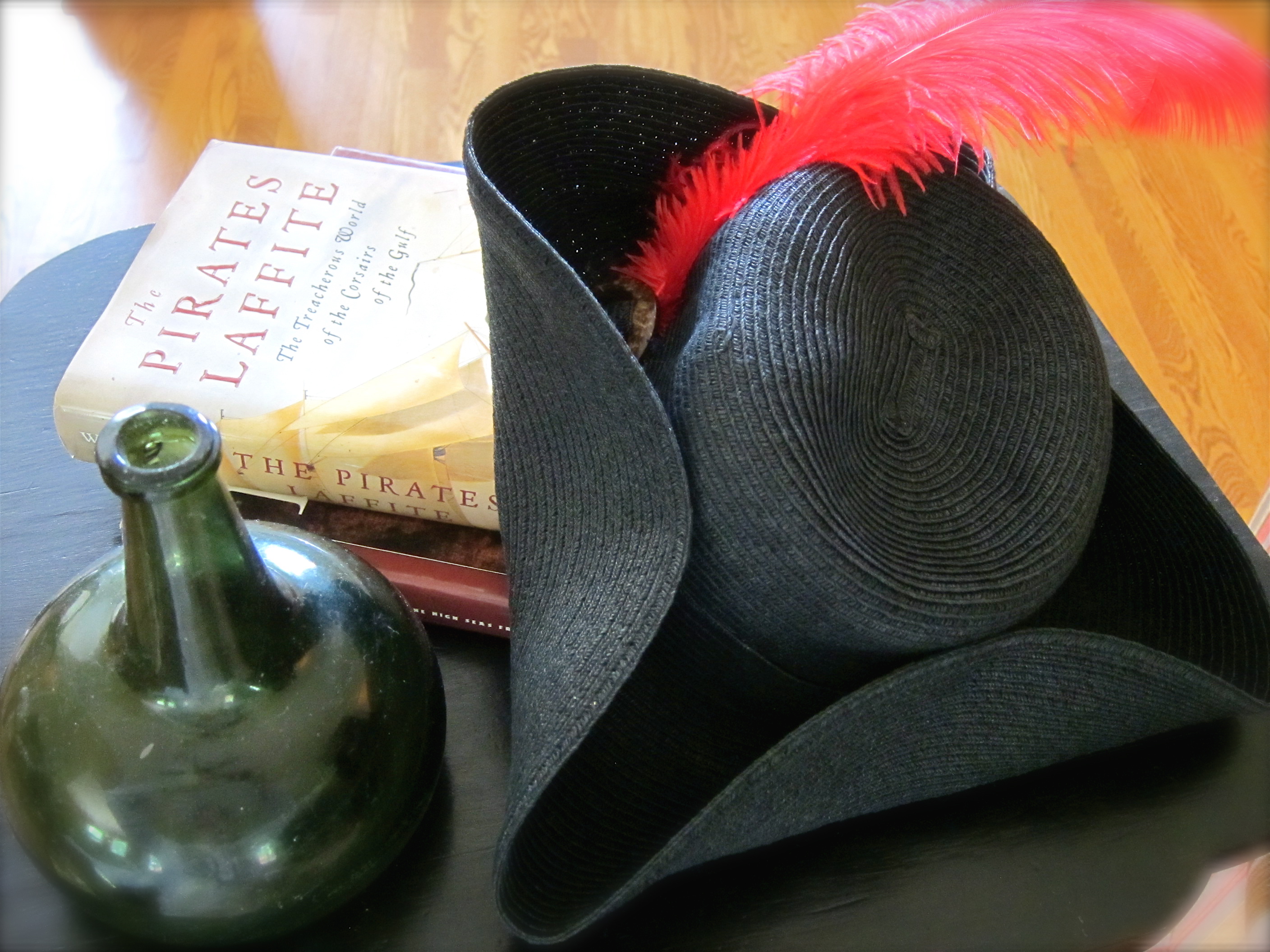 It seemed like such a simple plan. Cut two pirate hat shapes out of craft foam. Glue together. Decorate. Wear. All went beautifully until we got to the ‘wear’ part. It ripped. Immediately. The satisfaction of Crowley stenciling the Jolly Roger on the front of that hat was gone. Ugh. Ugh. And ugh.

So it was while having this very conversation with my dad (AKA Jerrypedia), that he said something brilliant: “Why don’t you buy a wide brimmed sun hat and tack up the brim to make a tricorne hat?”

And that’s exactly what I did. I bought the cheapest black sun hat that Target sells and tacked up the brim. 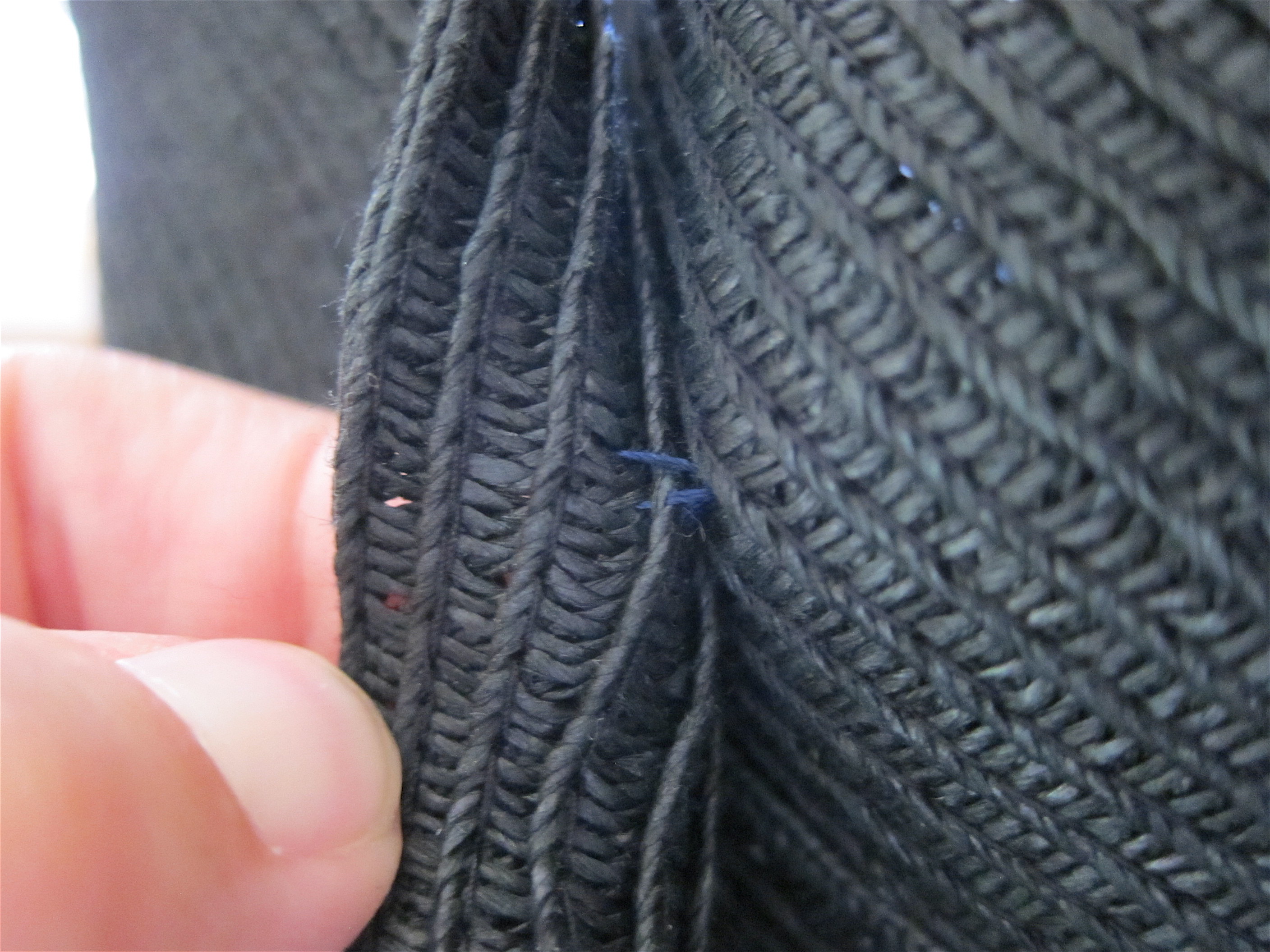 You can do  this with a needle and thread or a glue gun. I also added a bright red ostrich feather from a craft store. 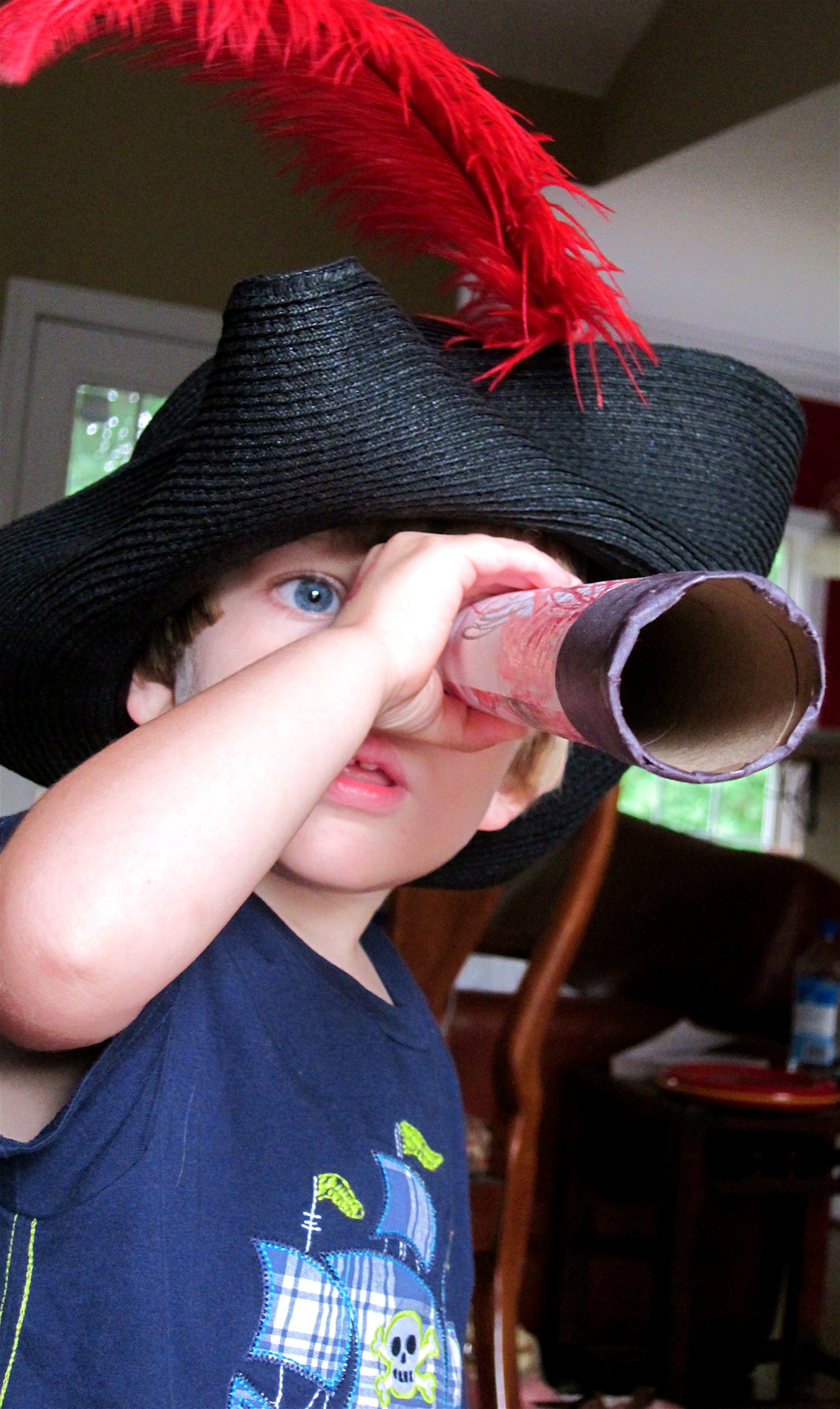 Easy. And because it’s a real hat, it will last as long as Crowley and his cousin Oliver want to play with it! 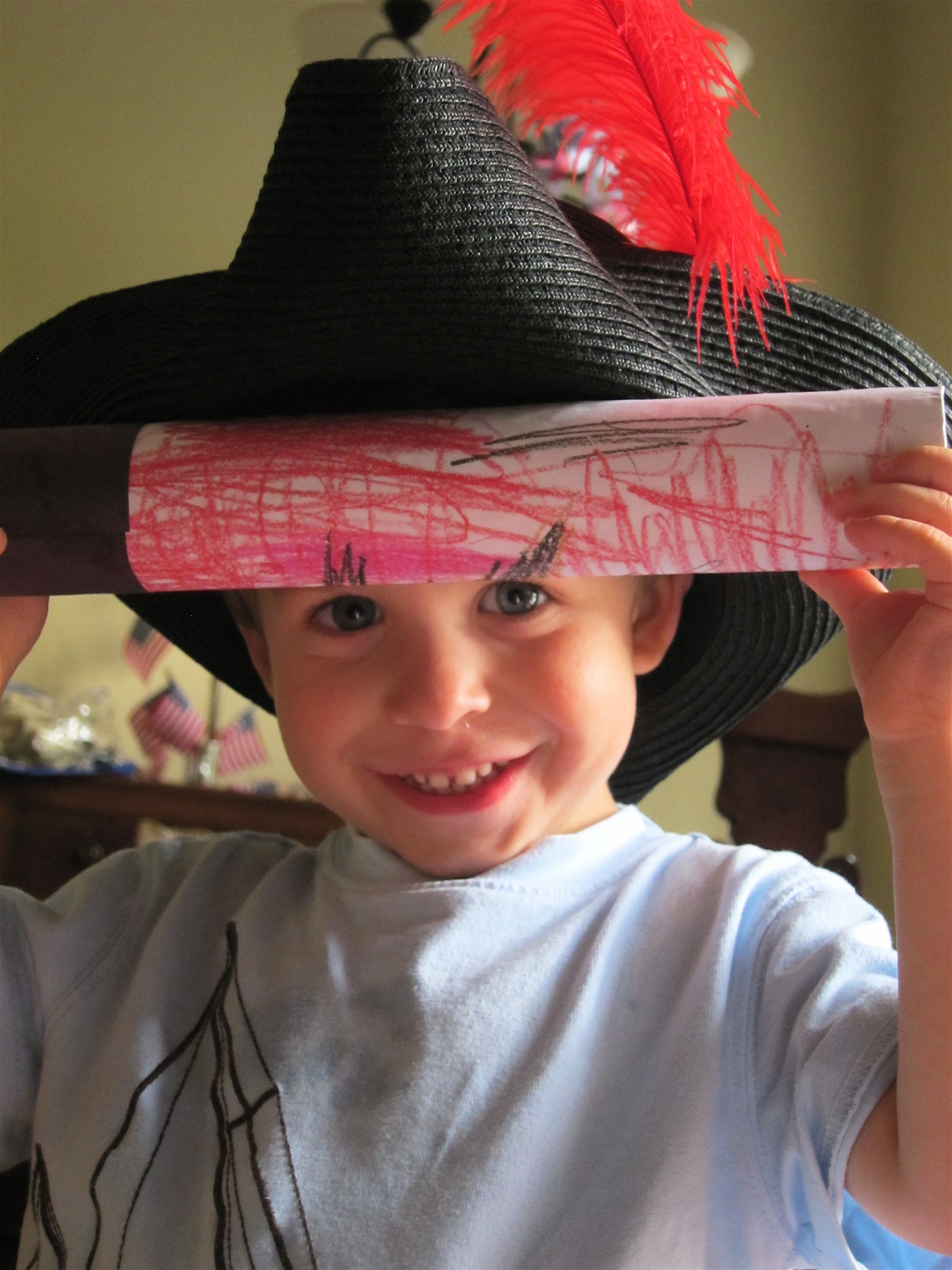 Oh… and just one point of fact (from Jerrypedia of course), a tricorne hat is called that because it has three corners. Ummm, as I’ve mentioned before we are working on counting in our house. And since our tricorne hat has four cornerns, I guess I need more work on math…or sleep!

P.S. Start gathering your cardboard boxes. Monday, we’ll show you the world’s best father-son project and how you can do it too! Think freaking awesome pirate ship!

One Response to “A Manly Swashbuckler Needs a Feathered Hat”